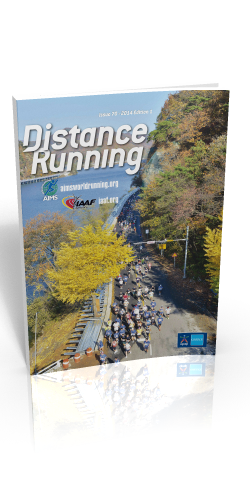 Kay-El. Not Superman’s name in Kryptonian but the capital city of Malaysia, officially known as Kuala Lumpur but universally abbreviated to its initials. It plays host to the Standard Chartered KL Marathon annually – and some might say you need superman-type resolve to complete the KL marathon.

For over three decades now the Dublin Marathon has been regarded as one of Ireland's premier annual sporting fixtures, taking place each year on what has become known nationally as Marathon Monday: the last in October and a national holiday.

The race was first organised by the Rotorua Athletic Club and in the 1990s by the Lake City Athletic Club. Sponsorship from the Fletcher group of companies covered the first 35 years of the race’s life, from 1965 to 1999. It was this long standing sponsorship, along with good organisation, that attracted a ‘who’s who’ of New Zealand’s greatest distance runners. One has only to look at the event’s Hall of Fame to see who has competed at Rotorua and who has gone on to perform at the highest level in the Olympics and Commonwealth Games.

The “most exciting and popular sporting event in Macedonia” 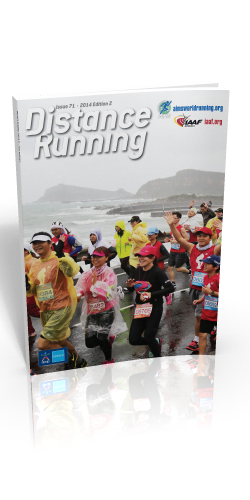 Marrakech is an oasis in the foothills of the Atlas Mountains; an imperial city surrounded by beautiful palm groves and ochre walls. Every year it plays host to the Marrakech International Marathon. Red Marrakech, also known as the Pearl of the South, which once gave its name to Morocco, still retains its capacity to amaze in a blend of authenticity and modernity which make the ideal combination for a long weekend running competition.

Angola’s capital city Luanda has hosted this “Sao Silvestre” New Year’s Eve race since 1954, with only two years – 1961 and 1978 – forfeiting the race date. It is a heroic record, given that the country was engulfed by a war of liberation from 1954 until 1974, and thereafter by a civil war backed by foreign regimes which lasted until 2002.

The Giulietta & Romeo Half Marathon is a race that might be expected to take place in a certain city on a certain day: the nearest Sunday to St Valentine’s Day and in the city in which Shakespeare placed the hero and heroine of his famous drama – Verona.

More than just a race, “La Fiesta Lagunera” originated as a gift from a massive dairy conglomerate to the community of “La Comarca Lagunera” that it calls home.

On 10 August 1963 nineteen men lined up at Glenmore Stadium to run the first Calgary Marathon – the first city marathon ever to be run in Western Canada.

Water, islands and bridges. The ASICS Stockholm Marathon winds through one of Europe’s most beautiful capital cities. Over two laps you can experience the buzz of a big city, nature’s tranquility and Stockholm’s world famous archipelago.

2014 will be an epic year of sport in Scotland, with the Ryder Cup at Gleneagles and the Commonwealth Games in Glasgow. But kicking it all off will be the Edinburgh Marathon Festival. 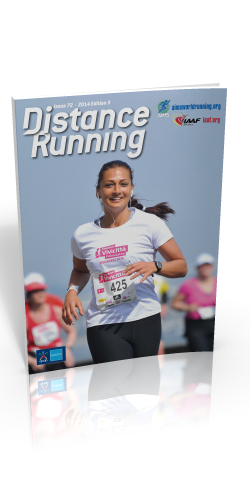 The Asics Half Marathon Villa de Madrid opened on a morning which began foggy but turned ideal by the time of the race, and closed with respective individual records by Kenyan Peter Emase (1:02:00) and Cinthia Jerotich (1:09:40) in the male and female category respectively. These record times, and the 16,969 runners who completed the course, confirm the Asics Half Marathon Villa de Madrid as one of the largest on the world scene.

In the heart of Europe
Features TUI Marathon Hannover, April 20 2014

The fair city of Hannover offers a variety of cultural, historic and scientific highlights, but the marathon has played a leading role in making Hannover one of the foremost sporting cities in the country.

Nearly 15,000 runners flooded the streets of Thessaloniki in the ninth edition of the race, which has become the biggest sporting event in Northern Greece. They ranged in age from 9–85 years, participating in the Marathon, the 10km & 5km road races, and a 1000m race for schoolchildren. Runners from 54 countries lived a unique experience, won the applause of many fans and sent a message of fitness and health through an event that resonates with social, cultural, environmental, touristic and historical significance. Since 2006 the race has linked the ancient Capital of Macedonia, Pella, with the modern one, Thessaloniki, and brings the name of Alexander the Great before a worldwide audience.

Established more than 20 years ago, the Pardubice Wine Half Marathon is evolving into a full sporting festival. Since 2009 the race has incorporated the national championship of the Czech Republic and it is set to continue hosting it for the next few years. Some of the best Czech runners participate, but so too do people who just love the sport.

The Maldives has been a dream destination for honeymooners and a brand name for affluent tourists who appreciate the art of doing nothing. But now it is a place that people can go to do something: that is, run a road race.

Visiting Turin means plunging into Italian culture, history and traditions – and running the Turin Marathon lets you live these. Runners can get a good look around and enjoy the warm welcome of Turin’s people, who support and encourage them for the entire length of the course.

Cape Town hosts of one of the world’s most irresistible city marathons.

The largest running event in the Netherlands will become a two-day sports festival this year, with a record number of 65,000 runners participating in the Dam tot Damloop on the weekend of 20–21 September.

Twelve thousand runners will assemble on Canadian Thanksgiving weekend for the 35th edition of the GoodLife Fitness Victoria Marathon.

In setting your goals for the year you should consider making the Erbil Marathon your destination of choice. Come along and join thousands of runners and peace lovers from all over the world. 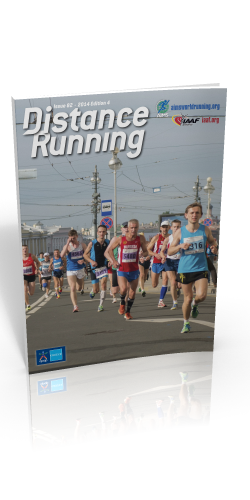 Portumna is a small town in the heart of rural Galway on the west coast of Ireland. The name Portumna comes from the Irish word Port Omna, meaning the landing place of the oak tree.

The famous ‘White Nights’ (Beliye Nochi) of St Petersburg, which occur from 11 June to 2 July, are a unique phenomenon. Because the city is located at 60 degrees North the sun does not dip deep enough below the horizon for the sky to grow dark around the time of the summer solstice.

Over 4500 participants from 30 countries came to take part in the 23rd edition of the race. They were presented with ideal running conditions on a cool, calm and clear winter morning.

Longford is a town of around 10,000 people located 120km from Dublin on the main road to the north west of the country. It stands on the banks of the River Camlin, a tributary of Ireland’s longest river, the Shannon. Being in the hinterland of the Shannon it is relatively flat. Although there are no mountains in the area it is nonetheless breath­takingly beautiful.

The PHILIPS Piła Half Marathon is one of the oldest races in Poland with a history that goes back to 1991 when the first race was started by Henryk Paskal, who is still the race director. He gathered local running enthusiasts together and suggested staging a 15km race called the “Pilska Fifteen”.

On 18 January 2015 the China Coast Marathon will celebrate its 35th running. For an event that has no big budget to call upon, and has no possibility of attracting a mass field of thousands (and would not want to anyway), such longevity is a mark of how successfully it has established itself.