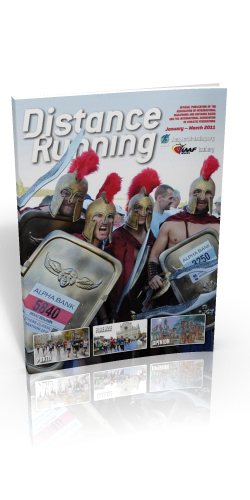 Cover: If there is just one race a Marathon runner must do once in their running life it is the Athens Classic Marathon, where it all started…

It’s a tough course … but it’s the original

There are many ports in the world, but probably only one calls itself just that: “the Port” or “o Porto”. The Porto Marathon showcases the port

Looking back over 2500 years
Opinion by Paul Anastasi

Celebrations of the 2500th anniversary of the Battle of Marathon have ignored the astounding story of the first ever mass marathon, argues Paul Anastasi 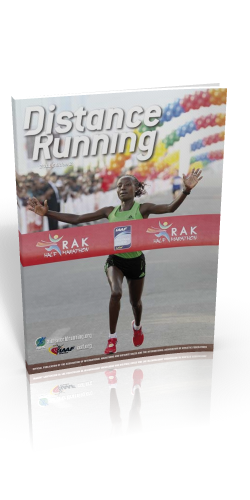 The Limassol Marathon, only in its fifth edition, has become the foremost marathon in Cyprus – Aphrodite’s island in the eastern Mediterranean where the weather is the warmest you can get within the European Union. The race date is fixed for the end of February, no doubt selected for when many runners from higher latitudes are getting fed up wih the dark and drizzle of a north European winter, and yearn for a bit of sunshine.

Sapphire seas, cobalt skies and a meandering road ahead, sandwiched between lush forests, largely untouched since the dawn of time and the lapping of the Indian Ocean against magnificent silver sands.

A foothold in Africa
Opinion by Paco Borao

With so many superlative distance runners in Africa, why are there not more high profile races? Paco Borao feels the wind of change

Until recently most of the renowned marathons in Japan were single-sex elite races. Mass marathons like Lake Kawaguchi Marathon have been held for years, but only Nagano Marathon and Hokkaido Marathon invite a significant number of elite runners. But with the re-launch of the Tokyo Marathon in 2007 everything started to change.

The BMO Vancouver Marathon celebrates its 40th consecutive running on 1 May 2011. The race was founded in 1972 by Jack Taunton and Ivor Davies, members of the Lions Gate Road Runners, a newly formed local running club, and was known as the “British Columbia Marathon”. 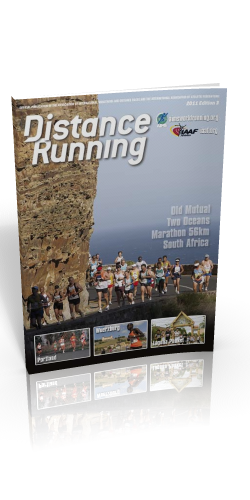 Cover: Billed “the world’s most beautiful marathon”, the Old Mutual Two Oceans Marathon is one to add to any collector’s list of things to do. It offers an ultra marathon covering a distance of 56km (35 miles), as well as a half marathon, and takes place in Cape Town annually on Easter Sunday.

Billed ‘the world’s most beautiful marathon’ the Old Mutual Two Oceans Marathon is one to add to any collector’s list of events to do. It offers an ultra marathon covering a distance of 56km (35 miles), as well as a half marathon and takes place in Cape Town annually on Easter Saturday.

As experienced marathon runners know: no pain, no gain. For the pain endured running up the hills, you gain a lot of joy over the next few kilometres through the lovely old city centre of Würzburg.

I was just as excited, and just as nervous as any marathon newbie would be. I felt my heart thumping as I entered the air-conditioned tent…

Olympic Marathon Champion Sammy Wanjiru died suddenly and tragically at his home in Kenya on 15 May 2011, aged 24.

Portland is the site of one of the great destination marathons, an event that has been an AIMS member since early 1984. 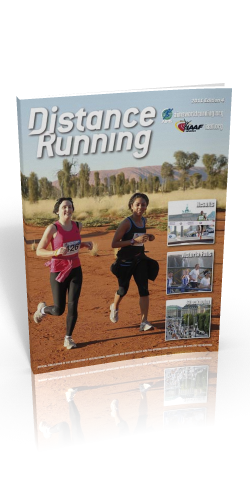 The Australian Outback Marathon is a fully “packaged” marathon experience. This means that participants don’t just enter the race but get to choose from a selection of fully hosted Outback holidays which range from a basic trip of three days and two nights up to 7 days and 6 nights.

The Victoria Falls Marathon has one of the most spectacular backdrops to any race – the majestic Falls on the border of Zimbabwe and Zambia which so impressed Victorian explorer David Livingstone that he described “scenes so lovely that they must have been gazed at by angels in their flight”, and then promptly re-named the Falls after his Queen.

Spellbound in Stockholm
Features Stockholm Half Marathon by Lorenzo Nesi

A glorious Sunday in mid-September, and the sun welcomes you to the heart of Stockhom. It’s just a few minutes before the start of the race and I am spellbound by the beauty of the Swedish capital …

From blood diamonds to gold medals
Opinion by Peter Harrington

Staging a marathon in Liberia is something that Peter Harrington was told would never work. He tells us what happened next …

The BMW Frankfurt Marathon, celebrating its 30th edition on 30 October, has made an amazing comeback over the last few years.