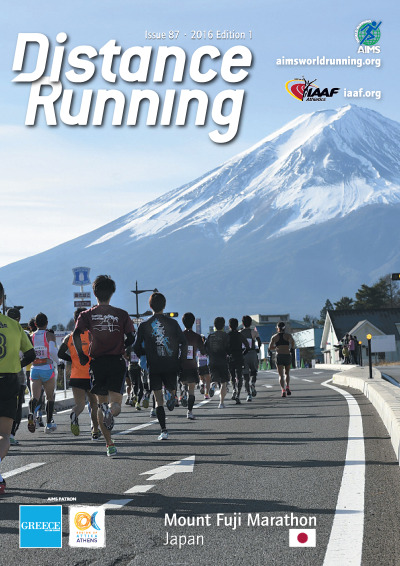 Unforgettable moments of running and cultural discovery in Iraqi Kurdistan

A treasure of the town
Features Ravenna City of Art International Marathon, November 20 2015

In Ravenna, when the marathon opens the doors to all the treasures of the town, you can breathe the scent of history

What does a million people in one place look like? A peon by Hugh Jones 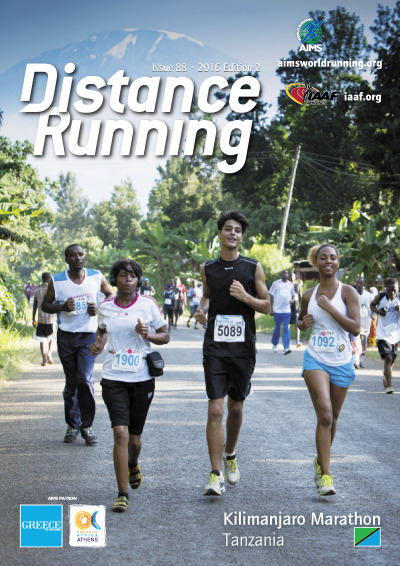 Go do it on the mountain
Features Kilimanjaro Marathon, February 20 2016

Approaching the stadium I could hear the crowds cheering. I felt like I could keep running forever: a feeling of relief and happiness

A marathon in bloom
Features Maratona do Funchal, January 20 2016

Nothing new — and not out of Africa
Opinion by Hugh Jones

Rovaniemi is a busy summer town offering plenty to do. Crossing the Arctic Circle (66km to the north) is a must. You can also visit Santapark, Santa Claus’ Office, Ounasvaara, the Ranua Wildlife Park, the Arktikum Museum, the Pilke Science Centre and the Jutajaiset Folklore Festival. Or why not take a cruise on the Kemijoki or enjoy a smoke sauna in the Midnight Sun? The possibilities are endless. Welcome to Rovaniemi — enjoy your run and a new experience.

The Scotiabank Vancouver Half & 5km is quintessentially Vancouver. This is the Canada that the world thinks of; mountains, ocean, and magnificently large trees.

Seals, dolphins and even sharks provide a sensational backdrop to the flat and fast city-to-sea course

Beaches and narrow streets: memorable for the heroics of runners in Ireland’s Viking Triangle 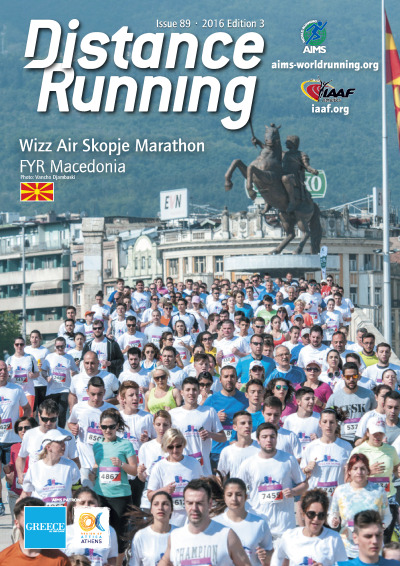 Cover: Wizz Air Skopje Marathon (MKD), Sunday 8 May 2016. Runners coming over the Stone Bridge, one of the most important landmarks of the City of Skopje. Photo by Vancho Djambaski

How to run a country
Features Vodafone İstanbul Half Marathon, April 20 2016 by Christopher Gooding

A race for all
Features BMO Vancouver Marathon

The cosmopolitan, mediterranean city on the coast attracts runners from all over the world

Run on the iconic bridge that connects Penang Island to the mainland, Penang Bridge International Marathon is the largest mass-participation sporting event in Penang, bringing tens of thousands of runners out onto the streets.

The finish is always described by the participants as giving them a “goose-bump feeling”.

Running down the Strip at night is unparalleled: the race combines a world-class course under dazzling lights with live, non-stop entertainment … and hundreds of runners dressed as Elvis 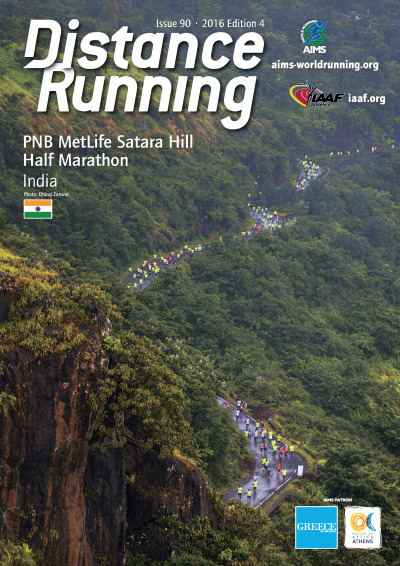 On the run for 30 years
Features Tangamanga International Marathon, June 20 2016

A runner experiences emotional high in the extraordinary Tangamanga Park

A dip in the bay
Features Stavanger Marathon, August 20 2016

Running this race is like seeing all of Norway in miniature

By far my slowest and most challenging marathon but also the most beautiful and extraordinary. I am exhausted, happy, thirsty, and I want to do it all over again

Peaceful scenery, crashing waves and a challenging course in the Caribbean

East India’s premier sporting extravaganza in the “city of joy”