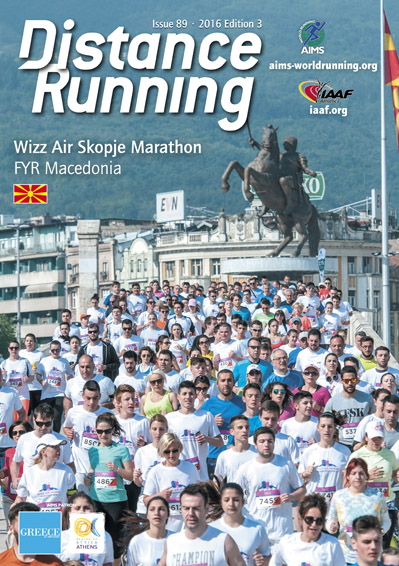 Cover: Wizz Air Skopje Marathon (MKD), Sunday 8 May 2016. Runners coming over the Stone Bridge, one of the most important landmarks of the City of Skopje. Photo by Vancho Djambaski

Other articles about Borneo Marathon:

How to run a country

Other articles about NKolay İstanbul Half Marathon:

A world record – but there’s more to come – Peninsular half marathon defies you to not enjoy it (Distance Running 2022, Edition 1)

A race for all

Other articles about BMO Vancouver Marathon:

Vancouver volunteers its best – The BMO Vancouver Marathon celebrates its 40th consecutive running on 1 May 2011. The race was founded in 1972 by Jack Taunton and Ivor Davies, members of the Lions Gate Road Runners, a newly formed local running club, and was known as the “British Columbia Marathon”. (Distance Running 2011, Edition 2)

A run around two rivers

Other articles about Uniper Rhein Marathon:

Diversity in unity – “Let’s just start something” was the simple sentiment behind the roll-out of the marathon in Düsseldorf 10 years ago. It began as something small but has grown steadily since. (Distance Running 2012, Edition 3)

The cosmopolitan, mediterranean city on the coast attracts runners from all over the world