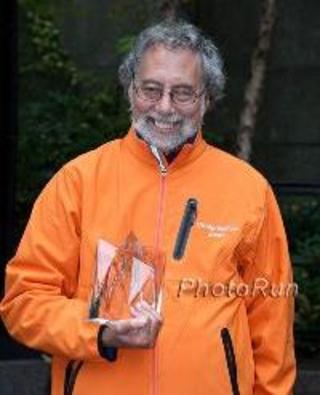 Allan Steinfeld, a key figure in the world’s original running ‘boom’ that took place in United States during the 1970s, passed away on 24 January at the age of 70.

Born a New Yorker on 7 June 1946, Steinfeld was an accomplished college distance runner who attended Cornell University. After graduation in 1971 he began volunteering technical service to the New York Road Runners Club which was set up by NYC race founder Fred Lebow to co-ordinate the organisation of the Marathon and local races throughout the city.

As the race grew — from hundreds in the early 1970s to 2000 in the 1976 Five-Borough Bicentennial race and then took off in the late 1970s Steinfeld joined the race staff full-time. He became technical director in 1981. He was the person primarily responsible for getting the show on the road. While his contribution to the sport of distance running and to the organisation of the Marathon is widely acknowledged, what he and Fred Lebow did to promote the Marathon internationally is not so well known.

When London Marathon race founder Chris Brasher saw the 1979 New York Marathon and its impact on those who participated and spectated he immediately enlisted the help of Lebow and Steinfeld. They helped him convince the authorities in London that staging a marathon was both possible and worthwhile. But London was not the first. The New York example was the essential impetus behind the Barcelona and Stockholm Marathons when they were set up in 1978 and behind many other marathons the world over.

Steinfeld and Lebow became de facto marathon ambassadors advising organisers in places like Belgrade and Siberia on how to put on an event. Where they saw ideas they could use in the New York Marathon they promptly introduced these, rapidly spreading a culture of ‘best practice’.

Part of this effort was the establishment of the Association of International Marathons (AIMS) in 1982. Steinfeld had made accurate course measurement part of his field of technical expertise and was instrumental in spreading the practice both in the United States and internationally through the Association. He also instituted a chute system for assigning places and times to all runners even when hundreds were crossing the finish line every minute. This remained in place for mass marathons until the transponder timing system had proved its reliability by the late 1990s.

In 1984 Steinfeld was instrumental in the measurement of the Los Angeles Olympic Marathon course which became a model for later practice. He was also Chief Referee for both the men’s and the (inaugural) women’s events.

Steinfeld took over from Fred Lebow as the New York Road Runners’ President. After Lebow’s death in 1994 he assumed the posts of CEO and New York City Marathon race director. He retired from these posts in 2005. He was elected an Board member of AIMS in 1993 and a Vice-President in 1999. He became an Honorary Life Vice-President of AIMS in 2007.