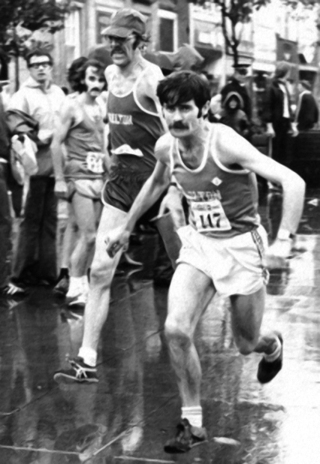 Vince Regan, one of the 29 founder members of AIMS, passed away on 3 April after a fight with cancer.

After starting the Pony British Marathon in Bolton in 1981, he attended the preliminary meeting held in Honolulu that December and the “establishing Congress” held in London on 6–7 May 1982. After AIMS’ foundation at that meeting he became the Association’s press officer, from 1988–1991 sharing that role with Manfred Steffny.

He also founded Sports Tours International, a Manchester-based company offering tours to overseas Marathons for British runners and consequently became a regular presence at AIMS expo booths around the world. Despite the rapid expansion of the business into other sports, Vince continued to be involved with AIMS and attended the 19th World Congress of AIMS held in Prague in May 2012.

Vince Regan was born in Ireland and became a member of Loughrea Harriers. He moved to Bolton in the 1960s and worked as a fireman, and part-time fitness coach to Bolton Wanderers Football Club, at a time when they started to climb back up to the top flight of English Football. He was a distance runner of notable talent, and first ran the New York Marathon in 1980. He offered to organise the trip for a party of friends and continued to do so in future years. His company was the first to offer tailored packages for runners to participate in international events like the New York City Marathon.

Longtime former Chief Executive of the Boston Marathon, Guy Morse, said: “He was a true friend, both personally and professionally, and his love and enthusiasm for our sport was legendary. I will miss welcoming him to Boston each April, and to sharing time with him at marathons around the world. Vince’s tireless work ethic, knowledge and contributions to the sport and the business of running, and in particular to AIMS, will be missed and his memory cherished by many. We mourn the loss of ‘one of the good guys’.”