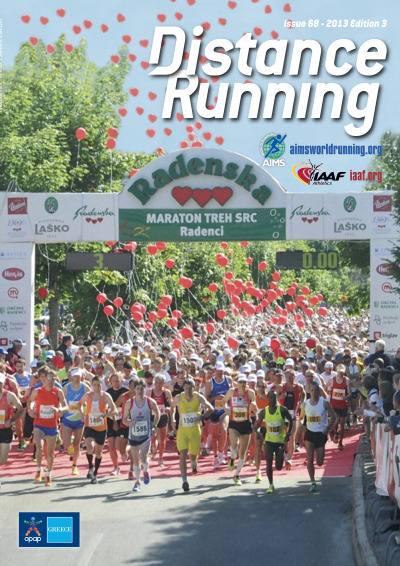 By Norrie Williamson
Every marathon event has its own special character. Those claiming to be the toughest, the most beautiful, the most challenging or the most scenic are subject to personal opinion, and most often the opinion of passionately committed race directors. But no one can deny that the polar marathon is the most northern. The Dead Sea Ultramarathon falls into a similarly unequivocal category. It is the race that reaches the lowest point on Earth.

By Fernando Jamarne
Chile, the lone star flag of South America, has added another attraction to its great diversity of natural landscapes. The country stretches from the Atacama Desert in the north to the glacier-fed fjords of Patagonia in the south, with the famous vineyards of the Central Valley and the exuberant rain forests of the Lakes Region lying in between.

By Milan Verdev
Who would have thought that, 33 years after the original vision, a modest sporting event in the small Slovenian town of Radenska would have grown to be so vibrant, so energetic, and so hearty?

By Guy Morse
It has been two months since that horrific day in April when the marathon, our city and our sport was changed forever. I can still see the images and hear the sounds of that fateful day, which began as “Marathon Monday” always does, full of excitement, tension and celebration.

Thinking of the children

A marathon hotspot: The Reykjavík Marathon celebrates its 30th anniversary

By Eygló Svala Arnarsdóttir
From humble beginnings 30 years ago, the Reykjavík Marathon has grown to become a major harvest festival for runners in Iceland and a hotspot for athletes from abroad. It started out as a bit of a tourism stunt. “At the travel agency Úrval, where I was working at the time, we were looking for ways to attract foreign tourists to the country,” reveals Knútur Óskarsson, one of the founders of the Reykjavík Marathon. “Originally I tried to establish a Nordic ski marathon called Lava Loppet in 1981–82 but those plans went up in the air.”