30 years ago the Chicago Marathon endured troubled times but emerged to become a leader in the world of distance running. Race director Carey Pinkowski explains…

A celebration of humanity 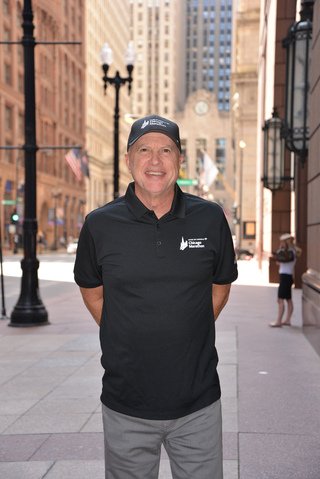 Back in 1977 the Bank of America Chicago Marathon started with a vision to make running part of Chicago’s sports culture.

That year more than 4200 runners crossed the finish line to create the foundation of what would become one of the world’s largest and most prestigious marathons.

I came to the helm of the Bank of America Chicago Marathon in 1990 – well before the second running boom revolutionised the sport. I had seen the success of Boston and New York and I knew the elements existed in Chicago to produce one of the world’s best running events. But the pieces needed to be connected. At the beginning a significant part of my job was to be visible and get out into the communities; talk with people and gain the trust and support of Chicago’s local political, corporate and community leaders.

The late Fred Lebow was a great mentor and helped to guide me in the early years. He shared the lessons he learned when founding the New York City Marathon. He knew that distance running had the potential to be a vibrant cultural phenomenon. He pioneered the idea of bringing the marathon to the people and connecting with the communities surrounding the event. Fred loved the sport and was supportive of those who wanted to see it grow. Today his vision is seen in Chicago and around the world in what has become the modern marathon.

In my early years as race director I found that the event itself was the best marketing vehicle we had. You could tell the story of the race to runners and sponsors but once they personally witnessed the magic of the marathon there was no going back. I never imagined that 45,000 runners would be coming to Chicago but I am not surprised that so many people have developed a passion for the sport, and specifically for our race.

I’m proud of the positive changes that have come since those early days. In 1990 only about 800 women crossed the Bank of America Chicago Marathon finish line. Today women make up half our field. Technology, nutrition and access to training groups have exploded. Running has shifted from an individual, serious and sometimes lonely endeavour to a social movement that is celebrated, diverse and inclusive. Charity runners have added depth and meaning to the sport and since 2002 our Charity Program has contributed more than $230 million to local, national and global causes. The marathon has boosted local economies. Our race generates $378 million for the city’s economy. These changes reflect the growth of our event and the marathon’s impact on the individuals who run them, the cities that host them and the mass appeal of running 42.2km.

In spite of the many changes over the last 43 years running remains a celebration of humanity. So many things swirl around our busy lives but running will always be about the human spirit, doing the training and putting one foot in front of the other. It’s an experience that is so basic but has the power to change people’s lives. We all run the same 26.2 miles of roadway and we know it’s going to be heart-breaking, exhilarating, depressing and euphoric – sometimes all in the same mile.

Thirty years ago, when I joined the Bank of America Chicago Marathon, this experience and our event existed on the margins. Why would anyone run a marathon? But today everyone in Chicago knows what “Marathon Sunday” means and almost everyone knows someone running, volunteering or spectating. That’s ultimately what our race is about: the people, the communities and the city that built this event into a global phenomenon.

We’ve had our triumphs in Chicago – five world records – and we’ve had hard times. Looking to the future I am excited about the potential of our sport and proud of the legacy we’ve created. We’ve grown tenfold since 1977 but we remain rooted in the vision of the original founders: to put on a race that anyone can come and enjoy; to harness the energy of our local and global running communities; and to put on one of the greatest shows on earth.