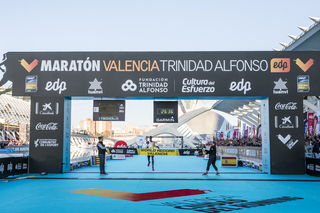 He targeted the record ahead of the race – an optimism justified by his form throughout the year, from World Cross-Country victory in March through to his gold medal in the 10,000m at the World Athletics Championships held in Doha in September.