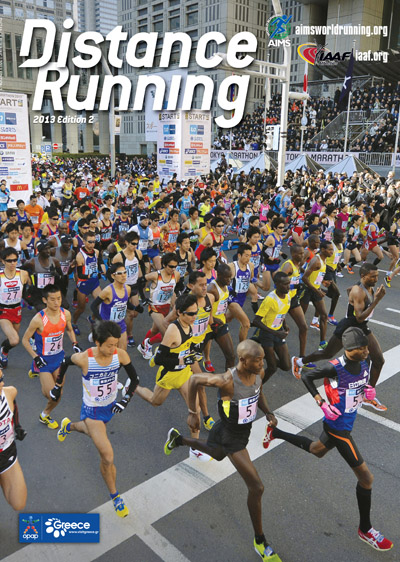 In with the new

By Jack Frost
Neujahrsmarathon Zurich is the first official marathon of the year – and half marathon, and 10km race. It starts on the first day of the year at the stroke of midnight – the very first second of the New Year. The winners’ performances head the list of official world best times of the year – at least for a while.

Other articles about Neujahrsmarathon Zürich:

Neujahrsmarathon Zürich – The unique experience of running at midnight, in the very first minutes and hours of the New Year, under a sky full of fireworks turning the night landscape into a scene from a fairytale. (Distance Running 2015, Edition 4) 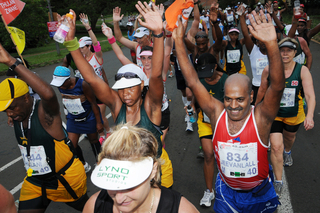 By Norrie Williamson
A race by runners, for runners, it’s South Africa’s most popular qualifier for Comrades and Two Oceans

By Sophia Shih
Taipei is the capital of Chinese Taipei, with a population of three million people. New Taipei City comprises the suburbs which surround it, with four million people living in 29 different districts. Since their unification in 2010 New Taipei City has become the world’s most populous suburb (overtaking Yokohama in Japan).

By Dan Cruz
The Rock ‘n’ Roll USA Marathon is the only marathon run entirely within the US Capital, Washington DC. For the last two years it has been part of the Competitor Group’s international Rock ‘n’ Roll Marathon Series. The largest field ever came to the US Capital, from all 50 US states and 32 other countries.

By Inna Chernoblavskaya
Conventional advice is that you should not run at temperatures below –20˚C. In Siberia they think differently…

A marathon of two ages

By John Glover
When Greg Hannon and Sue Boreham won the inaugural Belfast City Marathon they were pioneering a mass participation event which in 2013 will celebrate 32 years of existence and innovation. But the City was not bereft of the 42.2km challenge before that date. The first Northern Ireland Championship event took place in Belfast in 1938 and continued to be held annually in the city into the 1980s, interrupted only for a three-year period during World War II.