Adam’s sights set on third marathon win in a row 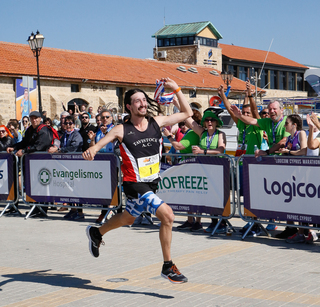 Adam Tango Holland is a man who loves to race.

Born in 1987, the Devonian is currently one of Britain’s most prolific endurance runners. He holds the record for running the fastest set of 10 Marathons in 10 days (averaging 2:45 – comparing well with his marathon best time of 2:24).

Back in March Adam won this year’s Logicom Cyprus Marathon for the second consecutive year. On Sunday 15 March 2020 he will be going for his third consecutive victory in the classic Marathon of Cyprus. He would be the first person ever to win the event three years in a row.

Adam shares his running adventures on YouTube and can be followed at: https://www.youtube.com/channel/UCKRr15miRPLWCfdt4lHubgA