With four months still to go until anniversary edition

Runners from 25 countries already signed up for Medellín Marathon 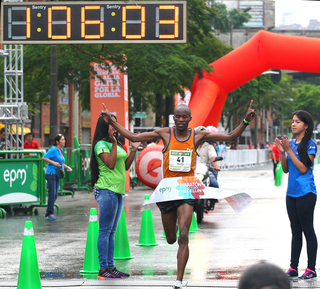 Athletes from 25 different countries have already confirmed their participation in the Medellin Marathon 2019, with four months to go before the athletic event, which celebrates its 25th anniversary this year.

In 2019 it expects about 15 thousand runners from more than 40 nations.

“The first edition of the race was conducted in 1995 with a 14-kilometer course, on that occasion there were only two thousand participants from just five countries. The current figures demonstrate our evolution. We believe that evolution has been important, not in vain do we have the endorsement of the International Association of Athletics Federations (IAAF) and the Colombian Athletics Federation. We are an active member of the Association of International Marathons and Distance Races (AIMS) and also a qualifying race for the Boston Marathon, one of the five most important marathons in the world,” said race director Gustavo Orozco.

The Medellín Marathon is the most important street sports event in Colombia and a pioneer of distance running in the country. The Medellín Marathon has open registrations online through the page www.maratonmedellin.co, in addition to the sites destined for this purpose in Medellín, Bogotá and Cali.