A fast-growing, jovial and festive race marks the start of spring

Attractive across the continent 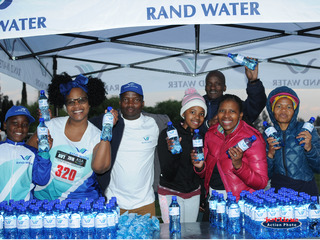 Vanderbijlpark has also become a student community with the North West University Vaal Campus and the Vaal University of Technology based there. These two institutions attract students into higher education from all over South Africa.

The Vaal area is politically significant in the history of South Africa because many of the liberation struggles took place in the adjacent townships (Sharpeville and Boipatong) which make up the city.

Although held at altitude the Vaal River City Marathon, with its with its flat route meandering through the suburbs of Vanderbijlpark, is one of the fastest in South Africa. It is also the first early-bird qualifier in the region for the scenic Two Oceans Marathon (56km) and the famed and respected Comrades Marathon (89km).

Runners can expect a very well organised race and strong support from the local community along the way who will cheer them on to personal bests and ultra-marathon qualifying times.

Taking place on the first Sunday of September every year, this year it falls on Spring Day, 1st September. Runners can expect a very jovial and festive edition as the race welcomes in the spring season and the start of a new running season.

The Vaal River City Marathon has already attracted international athletes. Last year’s race was won by Kenyans Melly Kennedy and Jennifer Koech, with many more runners from across the African continent making the trip to compete for the attractive prize money on offer.

The Vaal River City Marathon has benefitted from in-kind sponsorship from partners for hydration, apparel and logistics as well as direct financial support from government departments. These partnerships go a long way to ensure that the race organisation is of world class quality, safe and offers a great experience to its runners.

The ultimate objective of the Vaal River City Marathon is to attract runners from all over South Africa, and the African continent, not only to run the race but also to experience the region and all its tourist attractions.