Runners gain a wonderful panorama of Budapest’s most prominent sights

Autumn on the Danube 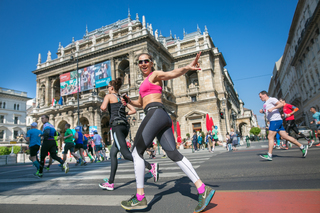 The Wizz Air Budapest Half Marathon offers a grand opening to the autumn running season in Hungary. The sweeping views of the city provide a beautiful backdrop for a run filled with music, smiles and comradeship.

Over 15000 runners take to the streets every year including almost 3000 foreign runners who combine their run with a weekend break in Budapest. After last year’s race 93% of them said they would recommend the event to a friend. Here are a few reasons why:

The Wizz Air Budapest Half Marathon is part of the ‘Run in Budapest’ series, which also includes a Spring Half Marathon and the Budapest Marathon – both providing the same quality and atmosphere with different distances.

See the latest news from Wizz Air Budapest Half Marathon