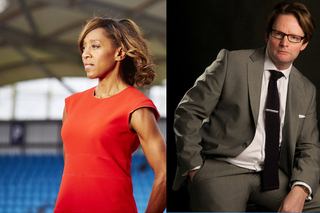 The 10th AIMS Marathon Symposium hosted a fascinating collection of experts who spoke across a range of subjects such as the challenge of combating doping in sport.

Kevin Dutton, a renowned research psychologist at the Department of Experimental Psychology, University of Oxford spoke about ‘why do people cheat?’, a topical subject in world sport. Dr Dutton explained that throughout history there have always been people cheating and it is inevitable it will continue in the future not just in sport but across all aspects of life. He highlighted a study in the United Kingdom which asked students if they would cheat in exams if they had a low chance of being caught. In 1940 that percentage was 20%; when the same study was carried out in 2016 over 75% said they would cheat. Dr Dutton said there had been studies with comparable results around the world.

He attributed this increase over the years to different outlooks and focus in modern life, where too many people focus on what they can get rather than what they can be.

The Oxford professor highlighted that there is a combination of factors both internal to the individual and external factors in the environment that would make it likely whether a person will cheat or not.

He offered examples of internal factors such as:

He highlighted external factors such as:

And when a strong number of these internal and external factors come together the likelihood of cheating is high. Most psychologists agree, Dr Dutton said, that the strongest component is of having cheated once there was an incredibly high chance it will happen again.

In terms of what can be done to address the issue Dr Dutton said, as well as having the best testing methods, it is important to seek to influence the minds of athletes through words and imagery that will not just appeal to the logical aspect of the brain but also to the emotional centre of the brain.

The race directors from around the world also heard from Diane Modahl, an Olympian British former middle distance runner and a three-time medallist at the Commonwealth Games and who was falsely accused of a doping offence in 1994. Diane spoke about her fight to clear her name which ultimately cost her two years of her career and where she and her family lost their home. Ms Modal said that the IAAF must look to protect athletes where possible from facing the emotional and financial torment of being falsely accused.

Prof Yannis Pitsiladis, (MMedSci., PhD, FACSM), Sport and Exercise Science, University of Brighton, UK gave a fascinating talk about the development of genetic testing methods that he feels can better detect doping particularly those using EPO where he believes his testing shows that EPO can increase performance by 6 to 7 percent.

Jean Gracia – Vice President of European Athletic Association in charge of Development and former General Secretary of the IAAF spoke about the complexity and the challenges of addressing not only individual doping but state sponsored doping and the work being done to address this.

Tom Grilk – Executive Director, Boston Athletic Association, Boston Marathon spoke powerfully about the importance of the corner stone of sport being ‘honesty and integrity’. Referring to Nelson Mandela’s belief that integrity is the core of human values as integrity is the quality that is the foundation of all other factors.
(Nelson Mandela ‘…the first thing is to be honest with yourself… ‘Those who conduct themselves with morality, integrity and consistency need not fear the forces of inhumanity and cruelty.’)

AIMS President Paco Borao commented: ‘Cheating in sport, as in life, will never be acceptable and we must do everything we can to address it through positive education, strong and efficient testing methods and deterrents. We must also remember athletes are firstly human beings with the same rights as everyone else and must to be presumed innocent unless proven guilty. With the right to appeal and if appropriate rehabilitation in any proper process.’

Makis Asimakopoulos, General Manager, ‘Athens Marathon, the Authentic’ gave a magnificent presentation on the development of the Athens Marathon from 5,300 runners to 50,000 over ten years and spectators from 5,000 to 100,000 over the same period.

He highlighted a 7 step plan ranging from defining and developing a USP (Unique Selling Point) for your event to the social development which now sees the Athens Marathon generate in the region of 800,000 Euros for community projects. As Mr Asimakopoulos stated ‘the marathon is not a destination but a social vehicle’.

The conference also heard from Marathon and Communications expert Alessandra Ramella Pairin who was integral to the Turin Marathon becoming one of the first in the world to use integrated new technology including broadcast over the 4G network (which had only been operating for 15 days at that time) and utilising drone technology for filming mass participation events.

Finally, the Congress heard about the importance of Building a Medical Infrastructure – From Budget to Deployment from Chris Troyanos, Executive Director of IIRM, International Institute for Race Medicine.