Carnival atmosphere among the snow and ice 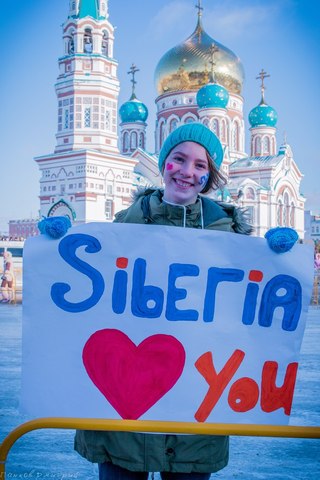 Five years ago I was looking for a special event: something I’d never done before which would test me both physically and mentally.

I like a challenge and have completed running events all over the world. These places and events were good but I wanted something different and exciting: an event that would give me a buzz; an adventure that would make me want to come back.

I found an event that I have subsequently fallen in love with – not just for the run, but for the city and the friendliest, most welcoming people I have ever met. I found the Siberian Ice Half Marathon. It is held on Christmas day and temperatures have reached as low as -39ºC. I could never have dreamed of running in those conditions.

I registered, already thinking “this is fantastic”. I then received an e-mail listing all the activities that the organisers put on for international runners: ice hockey, a city tour, husky sledging and of course the Russian Banya. I had asked for an adventure and had certainly been offered one.

I arrived in Omsk on 5 January 2014 and immediately began to doubt myself: how could I run in all this snow and ice? But kids were out playing in a park: in Siberia even little children are tougher than me.

Registration is normally a mundane routine but here it was a highlight of the event. Young children performed dances, sang folksongs and told me about the history and culture of Russia.

I woke up on race day buzzing and decided that I would run in my kilt and play my bagpipes. I wanted to give the people of Omsk some Scottish culture.

At the start line people were on a stage dancing and singing, children played games on the ice. There was a happy carnival atmosphere. The national anthem came on over the loud speaker in preparation for the race. Before I knew it we were off, running our laps in the snow and ice. I was laughing and tried not to fall as the Russians glided past with ease. There were supporters around the course and volunteers giving up their time to assist in the organisation of the race: all absolute heroes to me.

I have run in Siberia for the last four years and every year it continues to be an adventure. I love the run; the care the staff and organisers put into assisting you and caring for your needs is exceptional. I’ve never experienced any welfare support like this before in any competition.

There is something magical about this event. Words can’t describe it: you have to see it and feel it for yourself.

See the latest news from Siberian Ice Half Marathon