AIMS statistician, author and mentor of US Olympic team 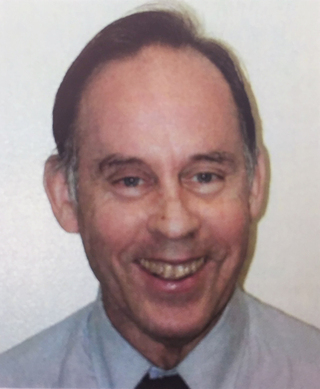 David Martin of Decatur, Georgia, died on 28 February after a long battle against Parkinson’s disease. Originally from Green Bay, Wisconsin, he was the AIMS Statistician for more than 25 years.

Dr. Martin ran cross-country while at university and graduated with B.S., M.S. in Education, and a PhD in Physiology. Looking back on this time in recent years he described how, as a young scientist, he found his path in life by combining enthusiasm, scientific enquiry and running, in pursuit of butterflies on high-altitude slopes in Mexico. He completed 29 marathons with a personal best time of 2:57:37.

“Dr Dave” became Regents’ Professor Emeritus at Georgia State University, working at the Department of Health Sciences and specialising in pulmonary, cardiovascular, and exercise physiology. He brought this expertise to the study of running in a multi-disciplinary way, drawing on his experience as a runner himself, a coach, team leader, statistician and historian.

He was also a visionary: he helped set up the USA’s first international women’s marathon, organised by Avon Products in Atlanta in 1978, and acted as medical, scientific, and statistical consultant for the “Avon Running series” from 1978–1984. His research and recommendations were published in The Avon Report on the Status of Women’s Distance Running (1980) which was instrumental in securing the inclusion of women in international championship events over 1500m that had formerly been an exclusively male preserve.

Alongside his teaching programme at Georgia State University he established what became the “Laboratory for Elite Athlete Performance” in a converted parking garage in downtown Atlanta. Among his subjects were global stars like Sebastian Coe and Steve Scott. From there came much of the research underpinning the global rise in standards in distance running.

More specifically, in what he came to regard as one of his proudest achievements, he mentored the US team for the 2004 Athens Olympic Marathon on preparation, fluid intake, nutrition, the course, pace judgment, and tactics. His input was publicly recognised by silver medalist Meb Keflezighi and bronze medalist and Deena Kastor as crucial in helping them to out-perform more favoured runners in the Athens heat.

Martin confronted 10 years of physical debilitation with the resilience of a marathon runner. He continued to attend major marathons and AIMS Congresses until travel became impossible. He never stopped his research and writing. Forever planning ahead he arranged the transfer of a huge collection of his documents and memorabilia (known as the Dr David Martin Collection) to the AIMS Marathon Museum of Running in Berlin.

AIMS President Paco Borao said: “Dr Dave Martin served AIMS and the sport of running with great distinction, intelligence, passion and compassion. He touched and improved the lives of all who had the pleasure to meet him. He was a genuinely humble man who treated all he met with great respect and courtesy. We have lost a great friend and a man who helped to shape the sport of athletics. His absence will be felt and mourned. Thank you, Dave, for your kindness, friendship and your lasting contribution to athletics.”