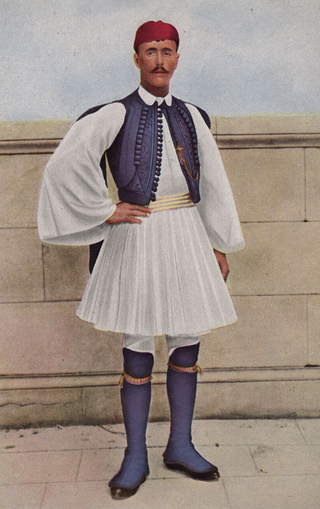 1896: Greek shepherd Spyridon Louis (1873 - 1940), winner of the 40 km marathon at the first modern Olympic Games, held in Athens in 1896. He was later chosen to kindle the Olympic flame at the 1936 Berlin Olympics. (Photo by Schirner/Hulton Archive/Getty Images)
Photo: Schirner
© This content is subject to copyright.

The first marathon runner to be widely known, and whose fame lasted down the years, was Spiridon Louis. He won the marathon event in the inaugural Olympic Games held in Athens in 1896.

No other marathon runner’s name came to widespread public notice until Dorando Pietri was disqualified in the 1908 London Olympic Games and had victory dramatically denied to him.

The Marathon was something new in 1896. Nothing like it had been seen in the Ancient Olympics at which the longest distance contested was no more than 5km. The French philologist and classicist Michel Bréal proposed the idea of a long-distance race, specifically from the town of Marathon to the purpose-built Panathanaikos Stadium in Athens, to his friend Pierre de Coubertin, the founder of the Modern Olympic Games. It was to commemorate the legendary run supposedly made in 490BC by the soldier-messenger Pheidippides to inform the authorities in Athens of the Athenian victory over the Persian army on the Plain of Marathon.

According historians recording their versions centuries later he did this, gasping “rejoice – we conquer”, and then dropped dead. Unlikely as history but with powerful romantic appeal Pheidippides’ death run from Marathon to Athens was incorporated into a poem by Robert Browning and this accounts for the currency it had at the time de Coubertin was attempting to resurrect the Olympic Games for the modern era.

Once it was known that a race over such a long distance – approximately 40km – was to be included in the Olympic programme the Greeks decided that an earlier race was needed to see which runners would be best at tackling this new kind of challenge.

In fact there were two: the first qualifying race was the first ever marathon. It was held on 22 March and won by Charilaos Vasilakos in 3 hours 18 minutes. Louis took part in the second trial, held two weeks later, and only one week before the Olympic Marathon was held.

Spiridon Louis was born on 12 January 1873 in the town of Marousi, which is now a suburb in the north of Athens. Louis was a ‘water carrier’: his father sold mineral water in Athens and he helped in transporting it.

Louis had done his military service between 1893–1895 and served under a Colonel Papadiamantopoulos. Papadiamantopoulos became one of the main organisers of the Olympic Marathon. He would act as starter and effectively serve as the race referee. It was he who, knowing of Louis’ running ability, had encouraged him to run the second trial. It could even be speculated that the Colonel set up the second trial specifically as a means of getting Louis into the Greek team.

Eighteen runners gathered at Marathon Bridge for the start of the Olympic Marathon: 13 Greeks and five foreigners. Albin Lermusiaux, a Frenchman who had earlier placed third in the 1500m, took the early lead. Louis lagged but, taking refreshment as he passed through the village of Pikermi, declared he would overtake all those in front. Lermusiaux was slowing and at 26km the Australian Edwin Flack, who had won the 800m and 1500m races, took over the lead. Louis began slowly to close in on Flack and overtook him at 33km (he withdrew at 37km).

The Stadium crowd was first informed that Flack was leading but when Louis overtook him a messenger was sent out by the police escorting the runners to deliver the welcome news that a Greek was now leading. The crowd, previously denied a Greek victory in all the events of the athletics programme, enthusiastically chanted “Hellene, Hellene!”

As Louis entered the stadium the crowd erupted with joy as Crown Prince Constantine and Prince George ran the final lap with him. Louis’s victory, in 2:58:50, was rapturously received: “the King rose from his seat and congratulated him most warmly on his success. Some of the King’s aides-de-camp, and several members of the Committee went so far as to kiss and embrace the victor, who finally was carried in triumph to the retiring room.”

Two more Greek runners followed but Spiridon Belokas, who finished third, was disqualified after having been found to have taken a ride during the race. The Hungarian Gyula Kellner took his place.

The King is supposed to have offered Louis any reward he wanted but Louis could only think of a donkey-drawn cart to help him with the water-carrying. He was offered many other gifts ranging from jewelry to free shaves for life from a local barber. He went back to Marousi with the new donkey cart and continued his quiet life, never competing in any other running event. He worked as a farmer and later as a policeman.

Forty years after his victory Louis momentarily stepped back into the limelight. He was invited as guest of honour to the 1936 Olympic Games in Berlin. He was standard-bearer for the Greek team during the opening ceremonies and was received by Adolf Hitler: “The Greek peasant Spiridon Louis, winner of the first Olympic Marathon in 1896, handed the Führer an olive branch plucked from Mount Olympus.”

Louis died on 26 March 1940, some months before the Italian Army invaded Greece. He earlier recalled his historic victory: “…it still appears to me in my memory like a dream … Twigs and flowers were raining down on me. Everybody was calling out my name and throwing their hats in the air.”

Louis is buried in the local cemetery in Marousi. Many sports clubs, both in Greece and abroad, still carry his name. The main stadium for the 2004 Athens Olympic Games was named after him as well as the road passing by outside (Spyros Louis Avenue) on which the AIMS Headquarters is located.

The silver cup donated by Michel Bréal and given to Louis for his Olympic victory sold for £541,250 ($860,000) at Christie’s in London on 18 April 2012, breaking the auction record for Olympic memorabilia. It is just 15cm tall and was offered for sale at Christie’s by Louis’ grandson. The successful buyer was the Stavros Niarchos Foundation. The cup is displayed at the Stavros Niarchos Foundation Cultural Centre in Athens, and open to public view.