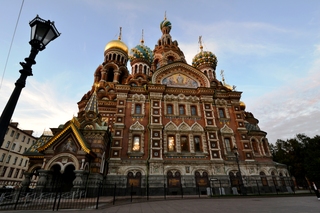 This new race, to be held in the centre of St Petersburg, is organised by the ‘Running Community’ team that has successfully conducted the Moscow Marathon (Russia's largest marathon) and the two largest half-marathons in the country: the Moscow Half Marathon and the Luzhniki Half Marathon, also in Moscow.

St Petersburg is the second largest city in Russia and the northernmost city in the world with more than a million people. It receives more tourist visitors than Moscow and is rated one of Europe’s leading destinations – among the top 25 in the world.

Fyodor Dostoevsky called Petersburg “the most intentional city”. It was founded in 1703 by Peter the Great, the last Russian Tsar and the first emperor of the Russian Empire. St Petersburg was conceived partly in the image of such cities as Venice and Amsterdam. For centuries the best architects of the world have adhered to the high style of the city. Today its image is determined by architectural ensembles and straight streets, spacious squares and monumental sculptures, gardens and parks, rivers and canals, embankments and bridges.

St Petersburg is the cultural capital of Russia. Almost all the historical centre’s structures and artefacts are on the UNESCO World Heritage List. The SPB Half Marathon race course passes by most of them.

Organisers also offer a 10km race. The start and finish of both distances are in Palace Square in front of the Winter Palace, in which the Hermitage Museum is located. Participants of the half marathon run along the main street of the city, Nevsky Prospekt, and over the famous bridges of St. Petersburg. From the race course athletes will see views of world famous sights: Kazan Cathedral, the Peter and Paul Fortress, the Rostral Columns, the Admiralty and St. Isaac’s Cathedral.
Both races are circular courses. On the morning of the race most central streets will be closed. Medical aid points and food and refreshment stations will be provided along the course. Chip timings will be available every 5km as well as at the finish. Preliminary results in real time can be tracked on the race website and in the mobile application. A special zone for spectators is provided at the finish line. The event video will be streamed live over the internet. Doping control procedures will be stringently enforced.

There are daily direct flights to Pulkovo Airport from Helsinki (1 hour), Berlin (2.5 hours), Frankfurt am Main and Zurich (3 hours), London (3.5 hours) and other major European capitals. Return ticket prices are from 100 euros. Daily high-speed trains connect with Moscow (3.5 hours): you can get to the Russian capital and even come back on the same day.

St. Petersburg has an average temperature for August of about 17ºC: comfortable for running and for long walks. The centre’s original baroque, classicist, imperial and modernist styles are not the only things that St. Petersburg can offer to guests. World-class museums, cosy cafés and restaurants, rooftop walks and boat rides make pleasant additions to the travel itinerary.

See the latest news from SPB Half Marathon. The Northern Capital