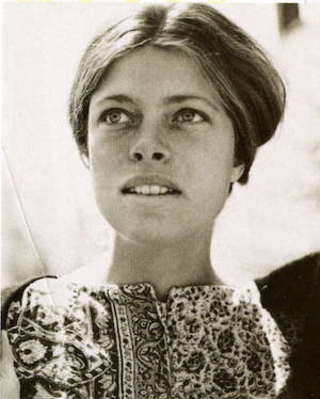 Earlier this year the BAA Boston Marathon celebrated the 50th anniversary of a seminal moment in its official history.

It was the incident in which race official Jock Semple attempted to prevent Kathrine Switzer (or ‘K Switzer’ as she had identified herself on the race entry) from continuing her race – which at that time was only open to men.

A bit like Puerto Rico is sometimes identified as the ‘unofficial’ 51st state the Boston Marathon this year also marked the 51st anniversary of an unofficial and much less publicised incident in the event’s history. In 1966, a year before Switzer officially entered and obtained a race number, Roberta Gibb had successfully, albeit unofficially, become the first woman to complete the Boston Marathon.

Roberta “Bobbi” Gibb was born on 2 November 1942 in Cambridge, Massachusetts. She grew up in the suburbs of Boston and studied at the Boston Museum of Fine Arts. In 1962 she was already running when she met William Bingay, a runner at Tufts University where she also studied and her father was a professor.

Her training involved running eight miles to college every day (and back). She targeted the Boston Marathon two years before but in February 1966 – the same month she married Bingay and they moved to San Diego – she wrote to the then Chair of the BAA Board of Directors Will Cloney (who 16 years later became AIMS’ first president). Cloney responded, telling her that under the rules that governed the sport women were not allowed to run more than a mile and a half in competition.

Marathon runners are anything if not stubborn. This rebuff stiffened Gibb’s resolve to fulfil her own personal quest by investing it with a wider social significance.

She travelled from San Diego to Boston by bus. It took three days and four nights and she arrived at her parent’s house just north of Boston one day before the race was to be held on Patriots’ Day, 19 April 1966. Her mother drove her to the race start at Hopkinton, about 30 miles away.

She took to the bushes close to the starting line and waited for the start. After the gun was fired she let most of the 415 runners in the race pass by before she joined in. She wore her brother’s Bermuda shorts and a blue hooded sweatshirt over a black, tanked-top swim suit. The men running alongside her realised that she was a woman, but she took heart from their encouragement and friendliness. She got rid of the ‘hoodie’. Race supporters along the route gave a special cheer when they saw a woman running. Journalists covering the race picked up on her and provided a commentary on her progress.

Diana Chapman Walsh was a student at Wellesley, a girls’ college that was already famous for its students’ vociferous support for the marathon runners and was probably the first ever de facto “cheering station” in a marathon. She recalled:
“[we] went out to cheer the runners… there was something different about that Marathon Day – like a spark down a wire, the word spread to all of us lining the route that a woman was running the course. For a while, the ‘screech tunnel’ fell silent. We scanned face after face in breathless anticipation until just ahead of her a ripple of recognition shot though the lines and we cheered as we never had before. We let out a roar that day, sensing that this woman had done more than just break the gender barrier in a famous race.”

Gibb crossed the finish line in a time of 3:21:41 in about 125th position. The Governor of Massachusetts was there to shake her hand. The next morning’s reports included one by Jack Kendall in which he wrote: “Roberta the runner may revolutionize Boston’s fabled BAA marathon – and for that matter every other long distance run staged in the country….”

But that took time. It was not until the 1972 race that the BAA could run the race under rules that were changed just a few months earlier which allowed for what are now known as ‘mixed gender’ races. The next year Gibb again completed the race (in 3:27:17) almost an hour ahead of the other female competitor, Kathrine Switzer. Switzer was wearing a race number that had been issued through an ‘oversight’ but, in an incident that became widely publicised, evaded a heavy-handed attempt to eject her from the race. Gibb ran unmolested, without a number.

In 1968 Gibb again repeated her victory in the still-unofficial women’s category, which comprised five finishers. It would take another four years before BAA could hold an ‘official’ women’s race after a petition by Nina Kuscsik to change the rules was accepted by the Amateur Athletic Union (AAU). Kuscsik won that first ‘official’ race. Boston Marathon recognises the female finishers in the races held from 1966–1971 as “the pre-sanctioned era”. AAU lost its role as a rule-making body in 1978.

Gibb subsequently went on to qualify and practice in law and pursued a love of painting and sculpture. She sculpted bronze figurines of a pony-tailed girl running that were given as trophies to the top three women at the US Olympic trails in 1984: Joan Benoit Samuelson, Julie Brown, and Julie Isphording. Benoit (later Samuelson), who went on to win the inaugural Women’s Olympic Marathon title, commented: “There are only three in the world. It’s irreplaceable.”

At the centenary edition of the BAA Boston Marathon in 1996 and the 30th anniversary of Gibb’s ground-breaking run the Boston Athletic Association recognised her performances in 1966, 1967 and 1968 as official victories. She was awarded a medal and her name added to those of all other winners on the Boston Marathon Memorial in Copley Square.

For the 120th edition of the Boston Marathon in 2016 Gibb acted as grand marshal for the race. The women’s winner that year was Ethiopia’s Atsede Baysa. Baysa gave Gibb her trophy and Gibb pledged to go to Ethiopia in 2017 to return it to her.