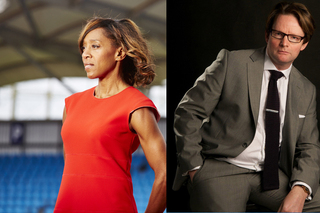 The Association of International Marathons and Distance Races (AIMS) has announced the first speakers at the 21st World Congress of AIMS to be held in Athens.

Dr Kevin Dutton, a research psychologist at the Department of Experimental Psychology, University of Oxford will speak on the subject of “Why do people cheat?”, a topical subject in world sport at this time. Dr Dutton’s area of expertise is the psychopathic personality. He is the author of four best-selling books including ‘The Good Psychopath’s Guide to Success – How to Use Your Inner Psychopath to Get the Most Out of Life’ (2014); and ‘Sorted – The Good Psychopath’s Guide to Bossing Your Life’ (2015).

British former middle distance runner Diane Modahl, who was falsely accused of a doping offence in 1994, will also address the Congress. Diane will speak about her fight to clear her name which ultimately cost her two years of her career. Diane is a three-time medallist at the Commonwealth Games.

The 2016 AIMS Congress will take place in the home of the Marathon in Athens, Greece, from November 10–12, 2016. The Congress this year coincides with the 120th anniversary of the modern Marathon, first held at the original Olympics in Athens in 1896.

It is especially relevant for the AIMS Congress to be held in Greece, the birthplace of the Marathon, formed on the legend of Pheidippides, the Greek soldier-runner who ran from the town of Marathon to Athens in 490 BC to announce the Persians had been defeated in the ‘Battle of Marathon’. The legend became the inspiration for Pierre de Coubertin, Michel Breal and Dimitrios Vikelas, to establish the race from Marathon to Athens which was included in the programme of the inaugural modern Olympic Games of 1896.

The Congress will also give race organisers the chance to promote their races to hundreds of international runners and visitors. AIMS Members and non-Members should visit www.aimsworldcongress2016.gr to register.

Further speakers will be announced closer to the Congress.