Unique mix of historical experiences on the coast of Croatia

Born from the palace 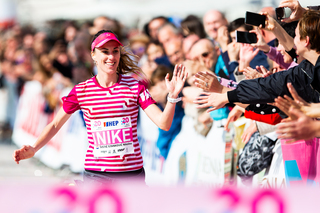 The Split Marathon started as a local race for regional running enthusiasts but since the redesigning of the race route in 2015 it began to grow, regionally and internationally, to become Croatia's biggest marathon.

In terms of race starters Split Marathon is not the biggest but, as a fully volunteer- based project, it definitely has the largest heart and spirit.

Split is an ancient Mediterranean city nestling on the Adriatic coastline and offers a unique mixture of historical experiences. There is the Roman palace built by Emperor Diocletian (who chose the nicest place in his Empire to build his retirement palace); French influences (when Split was administered by the French General Marmont) and Austro-Hungarian heritage mix with modern elements from the past and current century. The historical inheritance intertwines with modern buildings in a unique manner, best expressed in the saying that the city of Split was born from the Palace.

In 2020 we made the major decision to transition from a half marathon to a full marathon. Within a year Split Marathon joined the exclusive list of Wanda Age Group qualifying races for the Age Group World Championship, held each year at one of the World Marathon Majors (Tokyo, Boston, London, Berlin, Chicago, New York.)

The Split Marathon course starts and finishes just outside the Palace, at the central part of Riva (the pedestrian promenade between the marina and south side of the palace. From Riva the course leads you through Marmont Street (the main shopping street in the city), into the area along north wall of the Palace and the main city park. Then you step forward in time, into the modern setting of the road which is the city’s main thoroughfare, taking you almost to the edge of the city where you turn and head back.

At 6km you come to a right turn towards Solin, a small town in the suburbs of Split with its ancient archaeological site – Salona. As you continue you pass through the beautiful Vranjic peninsula – often called ‘Little Venice’. Returning to the centre of Split you pass by the city’s newest skyscraper and continue onward to Lora – the largest naval port in the region. You get to run through the restricted naval area and see the Croatian navy’s ships in the harbour.

From Lora the course takes you to the Hajduk stadium where you tread in the footsteps of soccer legends and ULTRA festival DJ stars. After one lap around soccer field, in one of the prettiest football stadiums in the world, the course takes you into the Marjan forest park – ‘the lungs of the city’. You savour the shade of the north side but the real joy starts once you circle onto the south side where you run with high cliffs to your right and with spectacular views of the beaches below you to your left. From here you pass by the marina to the port and enter Riva promenade for the second time. From 31km your journey takes you to the eastern part of the city along the beautiful city beaches before you turn back for a final lap around the Diocletian Palace to reach the finish line.

Regardless of your race goals our course will amaze you. Friends not running with you can follow your progress as there are check points at every 5km along the course. Real time information will be on our web page.

Split Marathon, in addition to the full distance race, also offers a Marathon relay, Half Marathon and, the day before, the Slobodna Dalmacija trophy – a race for children aged 4–11, dedicated to fighting cancer.

You pick up your bib number about 1km from the start/finish at the “ST EXPO“ in Gripe Sports Hall. At the expo you can stroll by the exhibitor stands, visit Split’s ‘House of Sports’ (the city boasts the highest percentage of top athletes in relation to its population) and enjoy the Pasta Party.

Split has become recognised worldwide as a tourism destination offering entertainment, unique wine-and-dine experiences and diverse accommodation. Split Marathon is not only a great race but also a great holiday opportunity.