Oldest ultramarathon will be run in August 2022 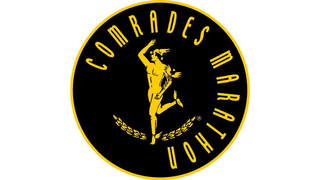 KwaZulu-Natal Athletics (KZNA) has approved the race date for next year’s Comrades Marathon.

The 95th running of the world’s biggest, oldest and most famous ultramarathon will take place on Sunday, 28 August 2022.

Comrades Marathon Association (CMA) Chairperson Cheryl Winn, in a letter addressed to all Comrades Marathon athletes yesterday, said, “Decisions taken by the CMA are primarily made with the health and safety of runners in mind. We not only endeavour to uphold the integrity of our world-class event but first and foremost aim to safeguard the wellbeing of our athletes, staff, volunteers, sponsors, stakeholders, supporters and fellow South Africans involved in staging, hosting, participating and maintaining the legacy of The Ultimate Human Race.”

“There has been much talk in athletic circles about a proposed race date for the 2022 Comrades Marathon. At CMA we believe this discourse could not have come at a better time for a complete revamp of our race calendar for the future, to re-imagine and design it in such a way that it benefits the build-up of endurance for the majority of distance runners in South Africa going forward.”

Winn elaborated that the CMA had submitted an application, which has been approved by KwaZulu-Natal Athletics (KZNA), for next year’s Comrades Marathon to be hosted on Sunday, 28 August 2022.

She explained that there were several strong motivating factors which supported the application, but by far the most pertinent was that by doing so, the organisers will gain an additional two hours of daylight in which to stage the 12-hour event, which will undeniably serve the best interests of the safety of runners and volunteers, as well as enabling the CMA to implement a staggered or wave start, as will inevitably be required going forward in terms of Covid regulations.

Winn added, “The date of the 100-year-old Comrades Marathon has over the years shifted from as early as mid-May to as late as mid-July, originally staged on a public holiday known as Empire Day on 24 May 1921, later settled for years on Republic Day 31 May, and with the dawn of the new South Africa on Youth Day 16 June, as well as on various occasions being shifted backwards and forwards to avoid clashes with the hosting of Rugby and FIFA World Cups.”

“Only as recently as 2018 did the CMA eventually settle on the second Sunday in June, so, there is actually no “traditional” date for Comrades.”

Scientifically, the problem with the second Sunday of June is its proximity to 21 June, which is the shortest day of the year in the southern hemisphere; thus, requiring that shortly after a Pietermaritzburg Start, thousands of tightly-bunched participants run for an hour and a quarter in the dark, on narrow, winding, pot-holed country roads, mostly devoid of streetlights, and then, at the other end of the day, after having already spent 11 hours on the road, extremely weary and wounded runners once again have to navigate their way to the finish in the dark.

And, the situation is even more precarious for our volunteers, who have the responsibility of setting up and cleaning up, even further into the hours of darkness.

Another factor of the rationale behind moving The Ultimate Human Race to a date later in the year is to ensure the best possible chance against once again having to cancel the Comrades Marathon in these uncertain times of the Coronavirus pandemic, and in doing so, to actually be able to stage the Comrades Marathon which is so loved by runners in South Africa and all over the world, as a Beacon of Hope, following the past two years of despair.

Winn further clarified, “We also believe that the later date will provide a greater likelihood of the sport having resumed to some sort of normality. It will give runners ample time to prepare, for clubs to stage their own races as opportunities for runners to qualify; and enable a smooth and logical build-up of events leading up to a race of such magnitude.”

Details of the entry process, qualifying criteria and other race information will be confirmed at the official media launch, the date of which will be announced in due course.

The CMA Board’s strategic focus is to sustain this beloved, 100-year-old, iconic, national institution of a race, that is part of our national heritage, and which is so symbolically and economically critical to the sport of athletics in KwaZulu-Natal and South Africa, for the next 100 years. This can only happen if we are able to host a Comrades Marathon next year and get back on track with ensuring that our event is hosted on an annual basis going forward.

Winn concluded, “The CMA will continue to communicate with all of its stakeholders and sincerely hopes that runners will come to understand and accept the sound rationale behind the decision to move the race date. We look forward to hosting you at the next Comrades Marathon. Let me end by expressing our most sincere condolences to those who have lost family members and friends over the past year, as well as our heartfelt sympathy to everyone who has suffered hardship or sacrifice brought on by this dreaded pandemic.”