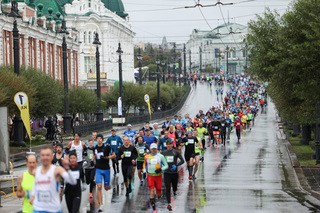 A total of 3306 runners took part in temperatures slightly above freezing. The race started at 9am at 5ºC.

Marina Kovaleva (RUS) won the women’s race and Alexey Reunkov (RUS) the men’s. There was a total of USD 24000 in prize money to be won.