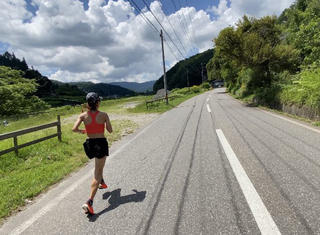 With few opportunities to race at home this autumn Japanese runners, particularly men, have sought out races in which to compete elsewhere in the world.

Despite cases of covid increasing daily the postponed Tokyo Marathon is still due to go ahead on 17 October, right in the middle of the ekiden season for both corporate men and (especially) women. The men-only Fukuoka International Marathon will hold its 75th and final running on 5 December, the traditional date that has contributed to its downfall because of the conflict with the New Year Ekiden less than four weeks later. The Hofu Marathon is two weeks after Fukuoka, even more in conflict with the New Year Ekiden, and with a World Athletics Elite Label this year it may be capitalizing on the void in women’s racing opportunities by giving something approaching parity to its women’s field.

With those being the only real stay-home chances this year, Japanese athletes are taking the risk of going overseas to race. There are usually groups of Japanese corporate league men at the Sydney Marathon and Chicago Marathon selected based on their performances at spring domestic marathons. This year a group of four will be at the Vienna Marathon on 12 September including Kento Kikutani (2:07:26 at Lake Biwa this year), Yuta Koyama (2:08:45), Koki Yoshioka (2:10:13) and Koyama’s talented teammate Daiji Kawai – a better runner than his 2:10:50 best would indicate.

Masato Kikuchi, 2:07:20 at Lake Biwa this spring and the only Japanese man to have gone sub-61 for the half marathon three times in his career, is the only Japanese entered in the Chicago Marathon on 10 October.

Running with support from Japan Running News, club runner Shiho Kaneshige will be making her Boston debut in the elite women’s field. Her only previous international performance was winning the mass start race at Chicago in a then-PB 2:33:16. Continuing Boston’s long-time tradition of inviting back past winners, Yuki Kawauchi will also make an appearance.

The only Japanese woman at the TCS New York City Marathon on 7 November will be Haruka Yamaguchi in the elite women’s race, an interesting club runner who was the first Japanese athlete across track and field and road running to compete abroad during the pandemic and ran as an Olympic torchbearer this summer. Akira Tomiyasu will likewise be the only Japanese runner in the elite men’s race off a 2:10:29 debut at Lake Biwa earlier this year. Appearing with support from JRN, both Yamaguchi and Tomiyasu are optimistic about bettering the best-ever Japanese performances at New York.

If all the races end up happening there could be a dynamic marathon season ahead for Japan, even if the by nature conservative Tokyo is unable to go ahead.