Battle of the Teams launched 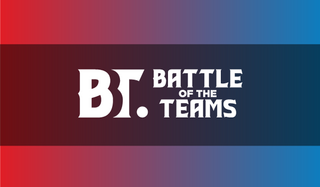 Battle of the Teams is the brainchild of RunCzech, organisers of the Volkswagen Prague Marathon and other running events in the Czech Republic and Europe.

While the world suffered through the pandemic the team at RunCzech focused on finding ways of keeping the running community energized and engaged. Virtual runs were set up and races were staged in unconventional locations where safety protocols could be maintained – such as the airport and a brewery. The latest breakthrough is the Battle of the Teams concept, because it makes the marathon a more strategic, complex and engaging spectacle.

The idea is to assemble four teams, each made up of eight marathoners chosen from among the best in the world (four men and four women) with each team supported by a different corporate partner. Runners will be assembled and “drafted” into teams based on their personal bests over the past four years, so that their collective abilities would be evenly matched.

The Battle of the Teams race isn’t over until the last runner crosses the finish line. As in Formula 1 every teammate earns points based on his or her performance. This keeps fans on the edge of their seats until the very end.

The first event will be on 30 May 2021 in Prague, with runners lining up at one of the city’s most cherished landmarks, The Charles Bridge.

According to race director, Carlo Capalbo, “When the world shut down because of Covid-19, people were desperate, in wanting to continue to see great team competition. This event was designed to satisfy that hunger. This new twist also makes the sport vastly more interesting for people with a casual interest in the marathon, and for runners themselves.”