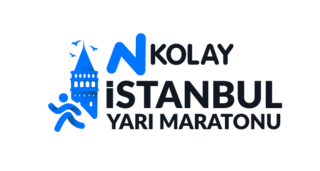 Ruth Chepngetich won the N Kolay Istanbul Half Marathon on 4 April in a new world record time of 1:04:02.

It was her third win in this race, after victories in 2017 and 2019, as she finished 200m ahead of Ethiopia’s Yalemzerf Yehualaw. Hellen Obiri came in third with 1:04:51 – the fastest ever debut at the distance – making it the first time three women have run under 65 minutes in the same race.

Eight women passed 5km in 15:07 and five went through 10km in 30:21. Marathon WR holder Brigid Kosgei then started to tail off followed by her compatriot Joan Melly. The lead trio passed 15km in 45:29 but, approaching 18km, Chepngetich moved ahead of Yehualaw to pass 20km already 22 seconds clear. The first seven finishers all surpassed the 2021 world-leading time.

World record-holder Kibiwott Kandie won the men’s race in a course record of 59:35 after Benard Ngeno led for much of the race but faded to seventh at the finish.

See the latest news from NKolay İstanbul Half Marathon