Comrades “not in dire straits” 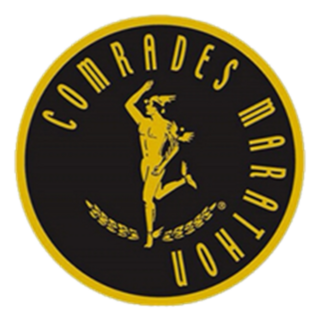 The Comrades Marathon Association (CMA) has sought to distance itself from inaccurate media speculation that the 100-year-old road running institution is in a perilous financial position.

CMA Chairperson, Cheryl Winn says, “We would like to correct recent media reports asserting that the Comrades Marathon Association is facing financial hardships with the future of the race being in jeopardy.”

Winn adds, “Quite to the contrary, we are actually in a healthy financial state despite having cancelled two consecutive editions of the Comrades Marathon, owing to Covid-19 and the resultant lockdown and associated restrictions on mass participation sporting events. We hosted a hugely successful inaugural virtual Comrades Marathon event last year with another one planned for the 13th of June; and are in a privileged position to also have a contingency reserve fund of over R28-million, accumulated over the past two decades, to sustain the future of our world-famous event.”

“The CMA is in fact currently in a very healthy financial position thanks to the prudent financial controls of the current Board and the foresight of previous administrations in setting aside funds in anticipation of some future ‘rainy day’.”

Winn concludes, “We would like to put to rest media speculation that the world’s oldest, biggest and most famous ultra-marathon and one of South Africa’s foremost sporting treasures is facing a bleak financial future or on the verge of closing shop. Reference to potential staff retrenchments is premature and unfounded and we are grateful to our staff for coming forward with workable proposals to weather the storm and continue to diligently serve the organisation in the current tough climate in which we find ourselves.”

“The CMA Board’s number one priority is to safeguard the health, safety and welfare of our runners, staff, volunteers, sponsors, stakeholders and fellow South Africans, while our number two priority is to sustain the Comrades Marathon as a national institution that is symbolically and economically critical to the sport of athletics in KwaZulu-Natal and South Africa, for the next 100 years.”

“All that the CMA is effectively and responsibly doing is tightening its purse strings and preserving all possible resources for when it is safe and possible to host the next Comrades Marathon, in line with the green light from our provincial and national athletics federations and in accordance with government regulations.”