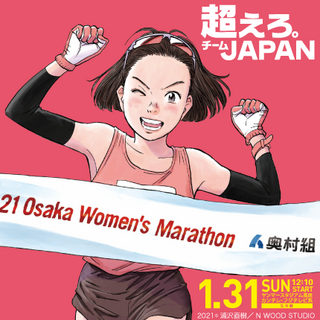 Due to increasing infection rates in Japan the number of participants in the 40th Osaka Women’s Marathon on 31 January has been limited to 99 and the traditional course through the city changed to a 2.8km lap (x 15) in Nagai Park followed by the finish in the Yanmar Nagai Stadium.

For the same reasons foreign athletes have not been invited and the focus is entirely on the Japanese elite. Among those running are Mao Ichiyama (JPN) and Honami Maeda (JPN), who have already qualified for their country’s Olympic team at the Marathon Grand Championships. Ichiyama won the Nagoya marathon in 2:20:29 last year, while Maeda won the Olympic qualification in 2:25:15 in September 2019. Her best time of 2:23:48 was second in Osaka in 2018, and in the same year she was seventh in 2:25:23 in the Berlin Marathon.

The organisers plan to attack the national record for the women’s marathon of 2:19:12 (set by Mizuki Noguchi at the 2005 Berlin Marathon). The two top runners, in another departure from tradition, will be paced by a total of six men, including the unattached runner Yuki Kawauchi (JPN) and Juji Iwata (JPN). With personal bests of 2:08:14 and 2:08:45 respectively they are likely to maintain pacing duties until shortly before the stadium entrance.