Pioneer of women’s running in Germany and Boston winner 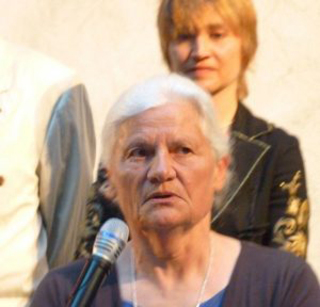 Liane Winter, who has died aged 78, shaped the marathon in Germany in the 1970s.

In 1974 she set national marathon records in Wolfsburg and Waldniel and later became German Marathon champion in 1979. She was trained by the “running doctor” Ernst van Aaken (Waldniel) who was instrumental in advancing the cause of women’s marathon running in the 1970s.

Liane Winter competed in a total of 50 marathons, the last one at the age of 50 in 1991. She contracted multiple sclerosis in the 1990s which later made walking impossible and forced her to use a wheelchair. She was active in handbiking events for many years and started several times in the handbike division of the Berlin Marathon.

Tom Derderian writes in his book “Boston Marathon” that in 1975 Liane Winter took the lead from the start, ahead of the later runner-up Katherine Switzer. Neither saw each other in this race. Switzer wanted to win Boston after she had entered the 1967 race against the rule that the race was not open to women. In the following years she could officially place herself on the podium, but never managed to win. Winter finished almost 10 minutes ahead of her in the 1975 race with 2:43:24 to 2:51:37.

The women had a hard time in the conservative Boston Marathon. Organisers treated the women entirely differently to the men. Fellow German runner Charlotte Teske won Boston in 1982 but the situation for women had still not changed: Teske received a grandfather clock as an honorary award (now in the Sports Museum in Berlin), and had to pay for the flight, hotel and food herself. It was not until 1983 that ‘tradition’ changed for women in Boston.

Winter only received the gold medal for her historic 1975 victory two decades later as a guest of honour at the 100th anniversary of the Boston Marathon in 1996.