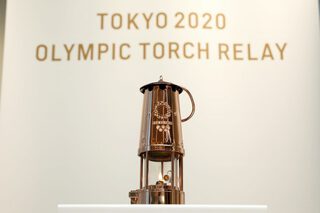 “We will host the games this summer in a safe way,” said Prime Minister Suga on New Year’s Day, despite the increasing number of corona infections recorded in Tokyo recently – which have exceeded 1000 in one day for the first time.

Games organisers had previously announced that the Olympic torch relay would begin on 25 March. Around 10,000 athletes will carry the Olympic flame across the country. The flame had already arrived in Tokyo from Greece in March 2020 but shortly before the planned start of the torch relay the Games for 2020 were cancelled. The flame is presently in a lantern in Tokyo. The torch relay is due to start in Fukushima, the centre of the tsunami disaster 10 years ago.