55 to run under strict conditions 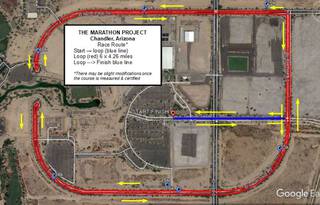 In January 2006 Haile Gebrselassie set a world record in the half marathon of 58:55 just a short distance from the Brooks Running’s ‘Marathon Project 2020’ race to be held on 20 December in Chandler, Arizona.

Gebrselassie enjoyed very favourable conditions from which runners on Sunday will be likely to benefit in the same way. The course is absolutely level, a 7km lap (for the marathon run six times), with an out-back for start and finish. Temperatures are projected at 10°C, the desert air is completely dry and there is almost no wind: near-ideal conditions.

Because the corona pandemic is rampant in the USA strict hygiene regulations will be enforced and spectators not allowed. The run will be broadcast online by the association via USATF.TV.