Organisers promise to “take Cape Town to the world” 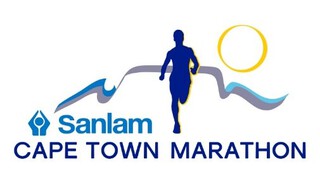 The Sanlam Cape Town Virtual Marathon, taking place Sunday, 18 October may not feature spectators, roadside bands and the general spirit the event’s official race app will make up for it in leaps and bounds.

“When we say that we’re taking Cape Town to the world, we mean it,” says Sanlam Cape Town Virtual Marathon General Manager Barry van Blerk. “From the start ceremony and the city’s iconic landmarks, to the cheers and vibe… it’s all neatly packaged in what is undoubtedly the most advanced virtual event app in running right now.”

Sydney Mbhele, Chief Executive of Sanlam Brand says: “This is Sanlam’s seventh year as headline sponsor and we’ve seen the race grow from strength to strength. Despite what the world is going through, the marathon is going ahead and is still able to make a positive impact on the lives of so many – both the runners and the organisations that benefit from the proceeds of the race.

“While participants in the Sanlam Cape Town Virtual Marathon, Half Marathon and Peace Runs run along their favourite routes – whether chosen for scenery, the ability to smash a personal best, or the best coffee shops along the way – SA’s top athletes will go head to head on three pre-designed marathon routes in Cape Town, Pretoria and Potchefstroom.

“The Elite Invitational will comprise the best field seen in the marathon, with top names like Stephen Mokoka, Bongmusa Mthembu, Charne Bosman and Ann Ashworth. It will be broadcast on SABC 2 between 06.00 and 09.30 on 18 October – the first time that a virtual marathon is broadcast live on TV.”

Race Director, Renee Jordaan adds: “Camera crews will follow the elite Invitational race on the three respective routes while the broadcast itself will also include a host of human interest stories and virtual race updates from across the globe. We have been working closely with the SABC team, and look forward to a live broadcast production as unique as the virtual event itself.”

Says the City of Cape Town’s Mayoral Committee Member for Safety and Security, JP Smith, “We are excited to have runners from across the world experience Cape Town through the power of technology. This is more than just a standard virtual race; it is a true hybrid event that marries technology with a thrilling sensory experience.”

Participants will be required to run with the Sanlam Cape Town Virtual Marathon app, which will track their progress and final results on the global leaderboard. Runners the world over have already started downloading the app and doing their demo runs to complete their phone set-up, with some calling it “the best virtual run experience so far.”

Runners can be a part of it by entering the marathon, half marathon, or 10km / 5km Peace Runs at www.capetownmarathon.com. Entries close on 11 October.