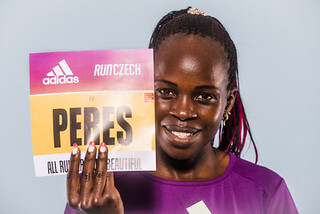 The “Ready for the Restart” Half Marathon will be run in Letna Park in Prague on Saturday (5 September) as elite-only races for men and women with world records as the aim.

The men’s field includes two sub-59 performers, Stephen Kiprop (58:42) and Kibiwott Kandie (58:58). A world record (currently 58:01) on the 16.5 lap course would require a massive improvement from them but for the women it is a different story. There are two records to go for and while the mixed-sex race record is a daunting 1:04:31 the women-only race world record is 1:06:11. Seeing the women will be running separately there is a very good chance of a new record being set. Contenders are Joan Chelimo Melly (KEN, 1:05:04), Peres Jepchirchir (KEN, 1:05:06) and Senbere Teferi (ETH, 1:05:32), along with debutante Sheila Chepkirui (KEN) who has twice run under 30:00 in 10km road races.

Netsanet Gudeta (ETH), who holds the current record, was due to compete but sustained a minor injury and has not travelled to Prague.