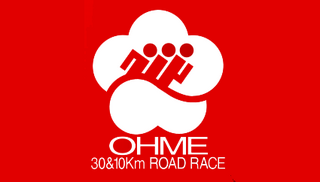 The organisers of the Ohme 30 km Road Race have announced that next year’s 55th edition scheduled for 21 February will not be held, with the next planned running bumped back one year.

Organisers cited the difficulty of ensuring safety and security during the ongoing coronavirus crisis. “We have carefully discussed the situation with the different organisations involved, but given the nature of a large-scale event with 20,000 participants we decided that it would not be possible to do it in a safe and secure way at this point,” they explained. The Ohme-Hochi event is the largest 30km race in the world.

The 2020 event was held in February amid concerns that it should be cancelled in the midst of the initial spread of the coronavirus in Tokyo, but with measures including the use of masks and disinfectants and a ban on high-fiving it was held without incident.

One of Japan’s most popular races, Ohme joins the Marugame Half Marathon, the Kumanichi 30 km, and six Japanese marathons with fields of over 8000 in already cancelling next year’s race. Ohme was previously cancelled in 1996, 2008 and 2014 – all due to heavy snow.