1980 was first event with female runners 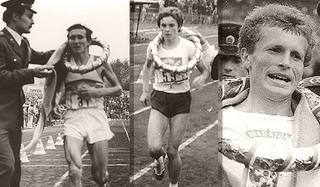 40 years ago women ran in the Košice Marathon for the first time.

There had already been pioneering female marathon runners from the mid-1960s so it was time for things to get put into motion in Košice as well.

On 5 October 1980 women lined up at the start in front of IAAF President Adrian Paulen and World Peace Council President Rómeš Čandra. Fourteen of them reached the finish line – twice as many as in the men’s first race in 1924. There was no lack of competitive drama either as Šárka Balcarová crossed the finish line first with a mere six-second lead over Vlasta Rulcová.

The men’s field in 1980 had over 1000 entrants but, as so often, expectations went unfulfilled. Two-time Olympic champion Waldemar Cierpinski, just two months after his victory in Moscow, was clearly running out of gas at the end of the season. He dominated the first part of the race, but was unable to finish. As a result, the Soviet Union’s Alexej Ľagušev became the surprise winner. Home-grown runner Pavol Madár also had his day. Finishing fourth overall he became the Czechoslovak champion, and with a time of 2:15:44 recorded the fastest time of his career.

The diversity and quality of the field was evidenced by 12 countries being represented among the first 20 men’s finishers, 28 runners finished in under 2:20 and the 100th runner to reach the finish line tallied a respectable time of 2:35:25.