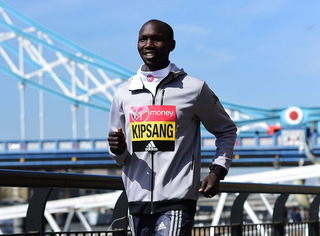 On 3 July Sean Ingle, of the British national newspaper The Guardian, reported that Wilson Kipsang (former world record holder and twice winner of the London Marathon) received a four-year suspension for four failures to observe “whereabouts” requirements between April 2018 and May 2019.

Three failures within a year triggers an automatic 12-month ban but Kipsang attracted an increased sanction after providing a faked photograph of an overturned lorry as “evidence” to justify having missed a test.

Kipsang (38) produced the photograph after claiming that he had missed the May 2019 test after being caught behind the overturned lorry. The photo was later shown to have been of an incident that happened three months earlier and Kipsang was charged with “false evidence and witness testimony”. He had made similar claims concerning a landslide having caused him to miss a previous test for which investigators found no evidence.

The Athletics Integrity Unit said: “The athlete engaged in fraudulent and deceitful conduct by providing deliberately misleading and false information to the AIU in an attempt to obstruct and delay the investigation into his explanation and/or prevent normal procedures from occurring, namely the recording of a missed test against him.”

Kipsang’s management agency said “No prohibited substance was ever found. We will study and analyse the decision and consider the further legal steps.”