Over 4,600 take part in digital event

Hamburg half marathon… at Stonehenge 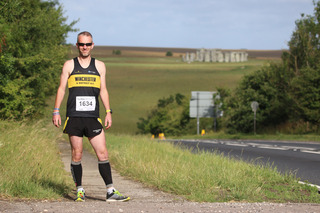 The hella hamburg halbmarathon is one of the biggest events of its type in Germany, with over 12,000 participants. This year there were indications of a new record number of runners, but then the coronavirus arrived…

But the event was not just postponed until next year. Instead a digital alternative was created. The concept was simple: Instead of a mass start on the Reeperbahn each participant runs their own half marathon – wherever they like! All runs on the originally planned date for the event count. Times and distances were recorded on a custom app and uploaded. Donations went to the long-standing charity partner of the race, the Hamburg parents’ initiative for children with rheumatism. More than 4,000 EUR was collected.

The digital event can be seen as a complete success. Over 4,600 runners all over the world took part. The first results came in shortly after midnight. An Australian running crew ran past the Sydney Opera House rather than Hamburg’s Elbe Philharmonic to immortalise itself in the finishers’ list. In England the course for one runner passed Stonehenge.

The desire for a real race seems to have been huge. The pasta party, group starts, properly marked start and finish lines – sometimes with banners and medal ceremony, water points… the enthusiasm of our runners knew no bounds.

Next year everything should return to normal. The 26th hella hamburg halbmarathon takes place on Sunday 27 June 2021. Registrations are already open.