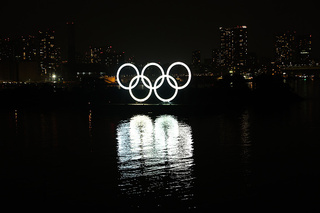 A year ago Tokyo was due to host the Olympic Marathons only five weeks from now.

In a complete turn-around the venue was shifted 800km north to Sapporo last October and then, because of the Covid-19 pandemic the date was shifted to one year later. Such abrupt changes of arrangements might caution against preparing too far in advance but in Sapporo work on the marathon course continues to move forward.

The roads around Sapporo’s Odori Park where the world’s top athletes are scheduled to run are being made smooth and clean. Since April road work on the Olympic marathon course in the city centre has been done at night. The course starts at Odori Park. After following a 20km loop through the city runners cover two more laps of the northern half of the loop.

The city’s department of public works is minimising the difference in height between manholes and the surrounding pavement in order to reduce the risk of runners falling. Project head Koji Achira commented, “our work is being done with great care to make sure there are no differences in height.”

This week, for the first time in five months, members of the Tokyo Olympic Organising Committee and Sapporo City and Hokkaido Prefecture governments met to discuss preparations for staging next year’s marathon and race walk events. Organising Committee executive Yoshiro Mori commented, “This is an opportunity to discuss what comes next… [which] will be course measurement and certification. We want to have that done within the year before the snow sets in.”

The road works on the Olympic marathon course is about 90% complete. The remaining work is expected to be finished in late July.