Horst Milde: Things can only get better 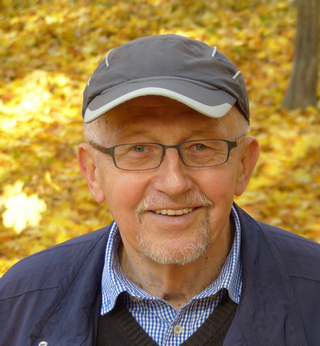 When you watched the 10 km race in Berlin on Sunday, you felt reminded of times like 50 years ago…

Horst Milde: Yes, but actually you would have to compare it with much earlier times, because we didn’t have such small starting fields even 50 years ago. But the general conditions – the race on a forest road, the few spectators and the commute – already reminded us of our early days in the 60s and 70s. It was a bit like the origin of running on Sunday. While on the one hand, of course, a lot was kept very simple, on the other hand, a technology was used that is usually only known from very large international marathon races.

How important can this small race be for German but also international running?

Horst Milde: It was a breakthrough, it was like a redemption for everyone involved and a riot that encourages. This event showed that something is very possible if you have the courage to approach the appropriate places for approval, then implement the concept and organise it in an exemplary manner. It was an exemplary race for everyone. Many thanks to the organisers BERLIN-MARATHON, LAC Olympia and Fortuna Marzahn. I’ve only heard positive things from athletes and coaches. The national marathon coach and former world class runner Katrin Dörre-Heinig was glad that someone had finally organised something. Like everyone else, she hopes that there will be more races. These races are very important for our top runners because they have to get into a good starting position with regard to the Olympic Games. We need street races like that. If we don’t do anything, there is a risk that all of the athletics will break away because at some point nobody will be interested.

Do you think there will be running events in the second half of the year? And what could they look like?

Horst Milde: I think there will definitely be elite races, nationally and internationally. Perhaps runs will be possible again from September if they can be organised according to a similar scheme to the Berlin race. In Switzerland, South Tyrol and Austria there are already some events in the summer, including the traditional Swiss Alpine Marathon. Whether larger runs are possible in Germany depends on the local health authorities and the respective requirements. The previous rules on hygiene are not feasible for large street runs or would be far too expensive. I rather expect the first major races to take place abroad again and I expect that we will have to wait a while in Germany for this.

If you see big demonstrations and crowds of people in shopping streets, doesn’t it seem disproportionate if running events cannot take place?

Horst Milde: Yes, somewhere. There are demonstrations with five-digit numbers and most people do not even have a mask – minimum distances not observed. Small and medium-sized running events as well as elite races should be able to take place. Obstacle runner Gesa Krause put it quite correctly: 22 soccer players can fight for the ball with physical contact, but ten runners are not allowed to run in a row on one track, even though they only start if they are healthy. Where is the logic, why shouldn’t there be such races?

The German Athletics Federation has cancelled all road racing championships for 2020 due to the corona crisis. Many athletes and coaches are disappointed. Can it be imagined that German Road Races takes an initiative and turns suitable races into national GRR championships?

Horst Milde: I hope that the last word has not yet been spoken, because it cannot be that way. It would be a disgrace if we in Germany would not be able to organise these championships with a pure elite field . The Austrians and Swiss are way ahead of us. The championships that still have to be integrated into large running events will be more difficult than organising them separately. But because of that, they cannot be cancelled. Otherwise we will dig our own grave. The German Road Races are not an organiser. But if everything should actually turn out, I could imagine that we would discuss and support such an idea on the GRR board.