Decisions on many races still in limbo 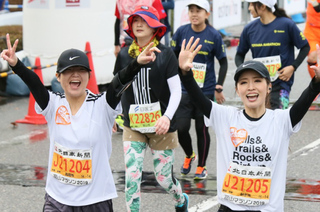 As Japan eases coronavirus restrictions throughout the country there are still few signs of optimism for real races to resume within the next few months.

As of now among the 27 Japanese Marathons with 5000+ finishers that were scheduled between October to December (along with two new races) 17 have been cancelled. Seven remain in limbo with entries suspended, three will make decisions in a month’s time and two have yet to make any public statement.

Among those that have not yet cancelled organisers of one race have privately indicated that their event is expected to either cancel or reschedule for next year, while the organisers of another hope at best to go ahead with no elite field and a reduced mass-participation field restricted to locals.

The biggest of the four races to make an announcement on 29 May, with 12,603 finishers last year, was the Toyama Marathon superseded its earlier suspension of registrations by cancelling this year’s 1 November edition. Organisers said that while expert opinion was that outdoor events could be reasonably staged with a minimum distance of 2m between participants, the organisers did not feel it would be possible to arrange the starting corrals and pre- and post-race areas to allow for this.

The 25th Iwate Morioka Marathon, with 5729 finishers last year, announced that it is stepping back from its plans to go ahead as scheduled on 25 October despite it being held in the only prefecture in Japan not to have found a single case of coronavirus infection to date,. Race organisers said that they would make a final decision by the end of June.

A new event this year with a planned field of 7000, the Mie Matsuzaka Marathon to be held on 20 December, had earlier suspended registrations. It has now announced that a final decision as to whether it can go ahead will be made by the end of June.