The attitude to public health risks 100 years ago was indifference

Despite the epidemic, the 1920 Olympics went ahead 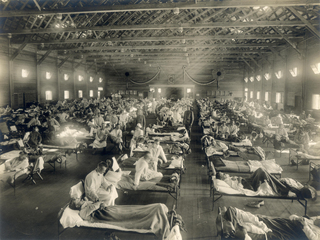 It’s a macabre coincidence that the lead-up to the Olympic Games of 100 years ago was fraught with a universal calamity all too similar to that which we are now facing in 2020.

Already by January of 1919 there had been 400,000 deaths reported in the USA alone from the “Spanish Influenza” epidemic which was ravaging the world, but there was no question of that country – the most successful at the Games since their revival in 1896 – withdrawing from the next celebration planned for 1920. Far from it.

In March 1919 the Central News Agency in New York reported the definitive decision of the US sports administrators: “In reply to a query from the Swedish Athletic Association, prominent officials here at the Amateur Athletic Union declared ‘America stands ready to send a representative athletic team to the next Olympic Games, regardless of the time or place which may be designated’”.

The members of the French Olympic Committee – whose opinion counted for much as founders of the modern Olympic movement – were more circumspect, but their hesitation had nothing to do with health matters. They declared, “The Olympic Games should not be held before 1921 as there would not be sufficient time for the Allied countries which have supported, and are still supporting, the burdens of the war to prepare adequately for a meeting in 1920”.

Those burdens of war had, of course, been horrendous. There had been an estimated 8.6 million military fatalities – 1.3 million of them in France and over 900,000 throughout the British Empire – and yet the toll from influenza between 1918 and 1920 would be far greater. Though there was not even public radio in those days there was still widespread newspaper reporting of the epidemic but no screaming headlines of doom-laden predictions. The Minister of Health in Great Britain, for instance, announced in July 1919 that in the six months to 31 March there had been 136,000 deaths from influenza in England and Wales, but this caused no barrage of demands from Members of Parliament for immediate Government action. To provide some sort of perspective, in his same address to the House of Commons the Minister reported that there had been 488,000 visits to venereal disease treatment centres the previous year. The MPs moved on, undisturbed, to other business.

No thought was apparently given to the idea of suspending major international sporting events attracting thousands of spectators. Already in 1919, in the euphoria of peace at last, there had been an Inter-Allied Games held from 22 June to 6 July at the Stade Pershing, in Paris, specially built for the occasion by the US Army, in which 1500 athletes from 18 nations took part. Then, when the protracted Olympic Games of 1920 opened in Antwerp as per schedule on 20 April, lasting until 12 September; there were actually more competitors than there had been in the Stockholm Olympics of 1912 (2607 as against 2547) and one more country (29).

Why was there such indifference at these mass gatherings to the health implications? Well, that’s a question which needs more expertise to answer fully than that of a mere athletics writer with an interest in history, but perhaps a salient factor is that the populace of a century ago lived with the impact of infectious diseases every day of their lives to a far greater extent than we do today, and though there were strong views expressed on the wisdom of taking part in an Olympic Games these were for other reasons entirely.

In Britain a campaign to boycott the Games on the grounds that they were getting too seriously competitive was led by no less a person than Sir Theodore Cook, who had helped organise the 1908 London Games and had written the Official Report and become an International Olympic Committee member! For those reasons, his views were naturally given due attention but were out-weighed most notably by the counter-arguments of Sir Arthur Conan Doyle, the creator of Sherlock Holmes and an avid athletics enthusiast. Then Sir Theodore rather undermined his stance by entering the literature section of the Olympic Arts competitions in Antwerp and taking second place!