Founder member of AIMS and its first Secretary 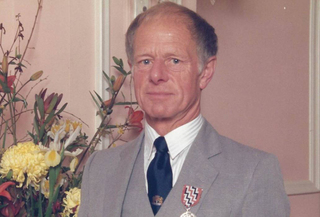 Andy Galloway was a founder member of AIMS in 1982 and was Secretary of the Association for the next 14 years.

Born in Hamilton, New Zealand, he started running aged 17 and worked in race organisation for more than 30 years. He joined the local running club Hamilton Harriers and went on to become committee member, president, and life member. He was the organiser of 27 Hamilton marathon events starting from 1954. As a pioneer of mass participation in marathons in 1978 he co-founded the Hamilton Marathon Clinic alongside doctors Denis Friedlander and Harry Nicholls.

Andy set up a tour company and accompanied trips to, among other races, the Honolulu Marathon, New York Marathon, Boston Marathon and London Marathon. He got to know many international race organisers and on a trip to Honolulu in December 1981 was asked to attend a meeting of race directors who wanted to set up a world Marathon circuit. Five months later he was elected to the Board of AIMS at its founding Congress in London on 6–7 May 1982. He was appointed Secretary of the Association and remained in that role until July 1996.

After stepping down from AIMS Andy resurrected Hamilton’s iconic Round The Bridges event in 1997, which had slumped to fewer than 80 participants. That year 900 took part.

In 1995 Andy had the idea of holding the first marathon of the new millennium in Hamilton – which at 5 degrees of longitude west of the 180 meridian would be one of the first landfalls of daylight on 1 January 2000. The scheme was five years in the making but tour companies picked up on the idea. At 06.00 on New Year’s Day 2000 2200 runners from 23 countries charged off the start line in the First to the Future Millennium Marathon.

“I’ve lived here all my life and I have a certain loyalty to Hamilton,” said Galloway. “I just wanted to do something for the city.” In April 2000 he presented a NZD10,000 (EUR 5,200) cheque from funds raised by the Marathon to the Murray Halberg Trust.

Andy ran 60 marathons in his lifetime, the first at age 20 and the last on his 60th birthday in 1990. He received a Queens Service Medal for Services to Athletics in 1990.