Running in the age of isolation

Running in your own space 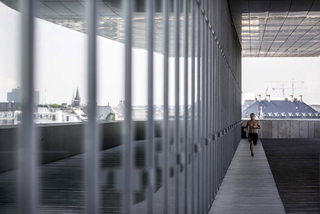 As more and more races get cancelled or postponed in the coming weeks hundreds of thousands of runners who had been training for months in order to take part in them are suddenly left wondering what they can do to with their hard-won fitness.

The worldwide advice to ‘self-isolate’ has meant the closure of facilities such as gyms, athletics tracks and the cessation of organised activity by running clubs and training groups. While elite runners have lamented the difficulty of training outside of the groups the problems for other athletic disciplines – like for hammer throwers or pole vaulters – are much more daunting.

Mass runners are showing more resilience in the face of such adversity, continuing to run solo or in pairs while observing official guidelines on ‘self-isolation’. It may involve switching from city streets to parkland or open country but observing the recommended 2m “bubble” of personal space while on the run can be made relatively straightforward.

More difficult may be the motivation to do so without a target in mind which usually involves performance in a race. In many cases this is compounded by the performance in the race being linked to a parallel target of raising funds for chosen charities.

The solution that runners and race organisers have come up with is to offer a parallel location in which to enact the race. Just as parallel lines do not intersect, any runner who chooses to participate in a particular event may never catch sight of any other as there are an infinite number of possible locations.

An early instance of this ‘remote running’ was when US soldiers ran the Marine Corps Marathon by doing laps of their base in Afghanistan. They did it at a synchronised time but since then acceptable practice has been broadened. Now it is normal practice that any officially-recorded distance run, in any locale, can either substitute for that distance in the selected event or just count towards the total distance required.

Distance-recording apps – like those offered by Garmin or Strava – allow the distances run to be deemed official (even though this is not an acceptable practice for measuring distance running courses). The technology generates an inclusiveness that no organised event in a specific physical location could hope to match. This way no race need ever be over-subscribed – every one can be accommodated.

Like much else in the new coronavirus reality it’s not quite the same as it was. There is no crowd to encourage you when you begin to flag; no one to welcome you after you cross the finish line. But the afterglow of the achievement is still there – and the funds pledged from sponsorship.