Member races take seven out of the top ten places in poll of 14,000 runners

AIMS races among most popular in runner survey 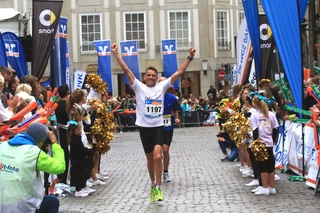 Seven out of ten of the most popular marathons across Germany, Austria, Switzerland and Luxemburg are AIMS members.

That’s the result of a poll carried out by running website marathon4you.de, in which 14,000 runners voted.

The overall winner was the Rennsteiglauf in Thuringia, Germany, which makes a point of feeding its runners goulash and potato dumplings instead of the more common pasta party. The Luxemburg Night Marathon and the Allgäu Panorama Marathon achieved eighth and tenth place respectively.

The Volksbank-Münster-Marathon (pictured) was voted sixth best race in Germany and top in its region North Rhine Westphalia, beating the Generali Cologne Marathon into second place in the region.