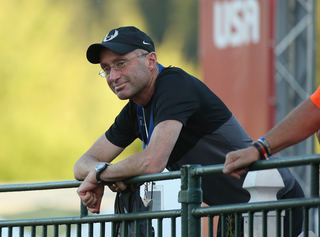 The United States Anti-Doping Agency (USADA) has announced a ban against Alberto Salazar, the former star marathon runner who is head coach for the Nike Oregon Project.

Salazar, coach to some of the world’s top distance runners, has been barred for four years from the sport for doping violations, USADA announced on 30 September.

The ban resulted from violations including trafficking in testosterone, tampering with the doping control process and administering improper infusions of L-carnitine, a naturally occurring substance that converts fat into energy, reads the anti-doping agency’s statement. As head coach of the Nike Oregon Project, Salazar, 61, has trained such stars as Great Britain’s Mo Farah, a four-time Olympic champion on the track; Galen Rupp, the top American marathon runner; and Sifan Hassan of the Netherlands, who set a world record in the women’s mile in July and finished first in the 10,000 metres at the world track and field championships in Doha, Qatar on 28 September. Farah stopped training with Salazar in 2017.

Jeffrey Brown, an endocrinologist from Houston who has worked with Salazar, also received a four-year ban, USADA said. Both have denied wrongdoing. Representatives for Salazar, Brown and Nike could not immediately be reached for comment.

Travis Tygart, the chief executive of the anti-doping agency, said in a statement that Salazar and Brown had “demonstrated that winning was more important than the health and well-being of the athletes they were sworn to protect.”