Ugandan athlete will run in in last edition of Valencia 10K and try to beat Komon’s record 26:44 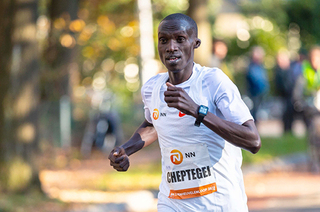 The 10K Valencia Trinidad Alfonso, which will be held in parallel with the Valencia Marathon on the 1st of December, will be the last edition of this event in Valencia. That is why an attempt will be made to set a new world record over this distance to mark the occasion.

The Organisers of the 10K – SD Correcaminos (running club) and Valencia City Council – have selected the Ugandan athlete Joshua Cheptegei to make the attempt to beat the world record, currently set by the Kenyan runner Leonard Patrick Komon (26:44) in Utrecht on the 26th of September 2010.

Cheptegei’s next objective is the World Championships in Doha. After that, he will train hard for two months to be in tip-top form to compete in Valencia on the 1st of December.

The Ugandan athlete said: “I want to beat the world record in Valencia, Ciudad del Running. I know it is a very fast circuit and that it has an amazing finish. That’s why I hope to make history in what will be the last edition of the 10K Valencia Trinidad Alfonso”.