Experiences you will find nowhere else 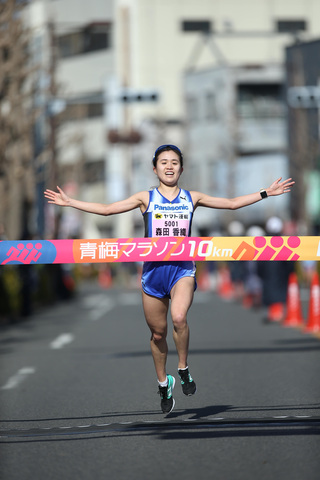 The first competitive Ohme race, held on 5 March 1967, was over 30km – but in the popular usage of the time was called a Marathon.

For reasons of tradition the race is still called the Ohme Marathon in Japan but in English is labelled as the Ohme 10K & 30K road races. In that first race 182 people ran including Tokyo Olympic Marathon bronze medallist Kokichi Tsuburaya.

The race was ‘twinned’ with the Boston Marathon on 15 October 1975. The city of Ome is pronounced Ōume and the marathon was written as Ohme for the purpose of capturing the pronunciation. Throughout its history the race has been known as the Ohme Marathon but the city remains as Ome. What has changed is the number of participants which now exceeds 4000 at 10km and 15,000 at 30km.

The 30km course starts by Ome City Hall and goes northwest on Okutama-kaido street to make a round trip during which runners will enjoy the many beautiful scenic spots along the course. The course is hilly and many runners suffer from the repeated ups and downs but all of them receive the enthusiastic support of people all along the course.

The Ohme 10K & 30K races are held on the third Sunday of February every year. Participants and spectators enjoy watching and listening to taiko drums and many other customs of Japanese culture at the opening ceremony held on the day before the race.

Ome city is about two hours from Haneda Airport by train and about 2:30 from Narita Airport. Near Ome city there are many restaurants offering delicious Japanese gourmet foods such as tofu, soba (buckwheat noodles), udon (flour noodles), ramen noodles, ton-katsu (pork cutlet) and much more. Ome has one of the leading sake breweries in Japan and a historic shrine named Mitake-san.

If you want to stay in a typical Japanese historical temple there are over 20 possible options. These were originally places for worshippers to stay but in recent years more and more are accepting tourists as guests. Some temple lodgings offer experiences you will not find anywhere else, such as pre-breakfast purification rituals and waterfall meditation. Most temple lodgings offer rooms and baths similar to a modern Japanese inn. Meals are not traditional Buddhist vegetarian cuisine but local fare to make it easier for first-timers to stay.

Historical hot springs nestle in the mountains near Ome. Legend has it that Yamato Takeru, the son of the 12th Emperor of Japan, bathed there. The soft waters come from a single alkaline spring and are said to be good for beauty and rejuvenating after a run. Some inns offer meals for non-staying guests as well.